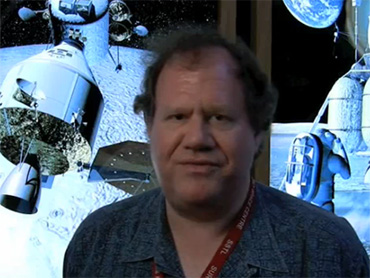 A fast-moving storm surprised much of the Northeast on Friday, dumping nearly 10 inches of snow that closed hundreds of schools in at least four states and possibly contributed to a fatal bus crash in New Jersey.

The storm, which began Thursday night over Virginia and Maryland, intensified as it swept north.

Eight inches of snow had fallen in Manahawkin, N.J., where a tour bus crashed on the Garden State Parkway. Two people were killed and more than two dozen injured.

The snow had many people grumbling, coming on the heels of a protracted cold spell.

"I've always hated winter," said Tamra McNamee as she shoveled snow for the third time in as many hours from the front of her flower shop in Newark. "It's cold, and everybody's tired and cranky. I was made to live in California, not this."

In New York's Central Park, where five inches of snow had piled up, 30 women stripped off their clothes for peace, lying naked in the snow and using their bodies to spell out slogans opposing a war with Iraq.

"This was exhilarating," said Heidi Cuppari, who owns a pet supply company. "I was thinking about all the people who are going to be in war in hellish situations, and I thought I could take a little snow."

The snow tapered off by afternoon.

By then, the storm had delayed an important vote on the state budget in Connecticut when the state House called off an afternoon session. Roads around Hartford were slick, and at least one fatal accident was reported.

"It's very bad out there," House Speaker Moira Lyons said. "I don't want lawmakers to be put at risk attempting to get to Hartford."

About 7 inches of snow fell on Washington, D.C., Philadelphia and Baltimore, causing region-wide airport and rail delays. In the New York area, LaGuardia Airport had and the Newark airport reported more than 140 cancellations.

CBS News White House Correspondent Mark Knoller reports it was a snow day in Washington in more ways than one: Besides the six inches of snow that fell overnight, the new treasury secretary, John Snow, was beginning his new job.

More snow this winter is draining Washington area municipal budgets. Local governments have had to pay more than usual for road chemicals, salt and overtime for drivers.

Virginia has spent $42 of the $48 million it has budgeted for snow removal.

Maryland is already over its budget, with $26 million spent and only $21 million budgeted.

All of Philadelphia's schools and many city offices shut down. In Maryland, the snow caused 24 school districts to close.

Penny Spilane of Toms River tried to get a ride to the grocery store, but all the taxi companies she called said nobody was driving. She ended up walking to a 7-Eleven.

"I have enough food to cover me until tomorrow," she said. "But I can't go without my cigarettes and soda."