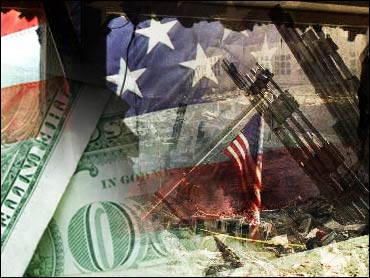 The United States can't let down its guard against those who bankroll terrorism, Treasury Secretary John Snow said Tuesday.

Snow also echoed President Bush's calls for Congress to renew the 2001 USA Patriot Act, parts of which expire at the end of 2005.

The sweeping law, enacted after the devastating Sept. 11, 2001, terror attacks, broadened the government's powers to go after money launderers and terror financiers, among other things.

"The Patriot Act dramatically increased our ability to choke off terrorist monies," Snow said. "Renewal of the act is one of the most important steps we can take to defeat the killers, to force them back into their tunnels and holes, starved of the resources it would take to build a bomb, pilot a plane or harness a virus," he said.

Snow's comments were part of prepared remarks he was delivering in Cleveland, Ohio, one of the most competitive states in this presidential election year. A copy of his remarks was distributed in Washington.

Last week, House Republicans defeated efforts to weaken the Patriot Act, handing a campaign-season victory to Bush and angering Democrats and some GOP conservatives who led the unsuccessful effort.

The Treasury Department plays a key role in Bush's campaign to sever terrorists from sources of funding.

Since the 9/11 terror attacks, roughly $141 million in financial assets belonging to suspected terrorist financiers has been frozen worldwide, Snow said.

"Hatred fuels the terrorist agenda; cash makes it possible," he said. "The work to track and shut down the financial network of terror is, therefore, one of the most critical jobs of our government today."

Critics of the Patriot Act contend that it gives too much power to the government.

The 9/11 attacks dealt a blow to the U.S. economy, which had already fallen into recession in March of 2001. Snow said "there is no more serious threat to our economy than the threat of terrorist attacks on our soil" and thus the United States must be constantly vigilant.