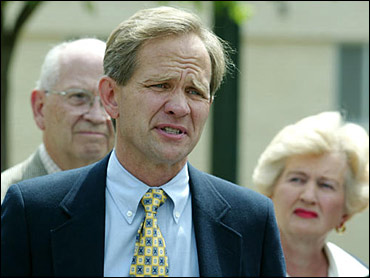 Elizabeth Smart and her family will spend a quiet day together Thursday, the anniversary of her abduction, and have no plans to in any way draw attention to her ordeal.

"Tomorrow isn't a day we really want to remember," Elizabeth's father, Ed Smart, said Wednesday. "I don't know how we made it, I really don't."

Elizabeth's kidnapping from her bed at knifepoint the morning of June 5, 2002, set off a national search and a global media frenzy. It also helped push a child protection act through Congress and raised public awareness of missing children.

Elizabeth was found March 12 in a Salt Lake City suburb after two separate couples called police to say they'd spotted a man wanted for questioning in the case - Brian David Mitchell, a drifter and self-styled prophet. With Mitchell was his wife, Wanda Barzee, and Elizabeth.

Mitchell, 49, and Barzee, 57, have been charged with burglary, kidnapping and sexual assault. Each is being held on $10 million bond. Their trials are expected in the fall.

Standing with his three brothers, a sister and his parents, Smart repeatedly thanked supporters during a news conference Wednesday. Fighting tears, he credited Elizabeth's return to "truly divine intervention."

"I almost feel guilty having her back knowing how many children out there don't have the opportunity to be back with their families," he said.

Smart spent months working for the passage of a sweeping federal bill that encourages states to set up Amber Alert systems, which disseminate information about suspected child kidnappings to the news media, law enforcement agencies and businesses.

Elizabeth, now 15, and her parents were at the White House last month when President Bush signed the bill into law.