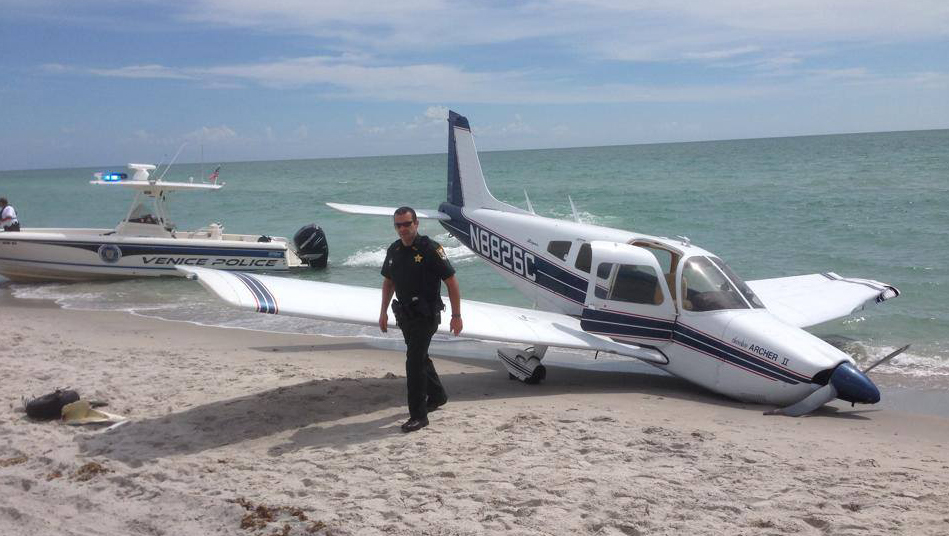 VENICE, Fla. - A father was killed and his 9-year-old daughter critically injured Sunday while walking along a Florida beach when a small plane crash-landed on the Gulf Coast only feet from the surf, authorities said.

Wendy Rose, a spokeswoman for the Sarasota County Sheriff's Office, said the pilot and his only passenger weren't hurt when the Piper aircraft lost power and touched down on a beach in Venice, as the father and daughter were walking along the sand.

"A man and one of his children who were walking on the beach were apparently injured by the plane," said Rose.

Ommy Irizarry, 36, from Georgia, was later pronounced dead. His 9-year-old daughter, Oceana Irizarry, was airlifted to All Children's Hospital in St. Petersburg, authorities said. Rose said she was in critical condition but details of her injuries were not released.

The incident began unfolding around 2:45 p.m. when the pilot of a 1972 Piper Cherokee contacted Venice Airport and said he was having trouble with his aircraft.

"He knew he couldn't make it back to the airport and was going to try to land on the beach. And he did land at the edge of the water on the beach," Rose said.

Pilot Karl Kokomoor, 57, and his passenger, David Theen, 60, both of Englewood, Florida, were uninjured, the sheriff's office said.

The National Transportation Safety Board was sending investigators to the scene. The Federal Aviation Administration was also investigating.