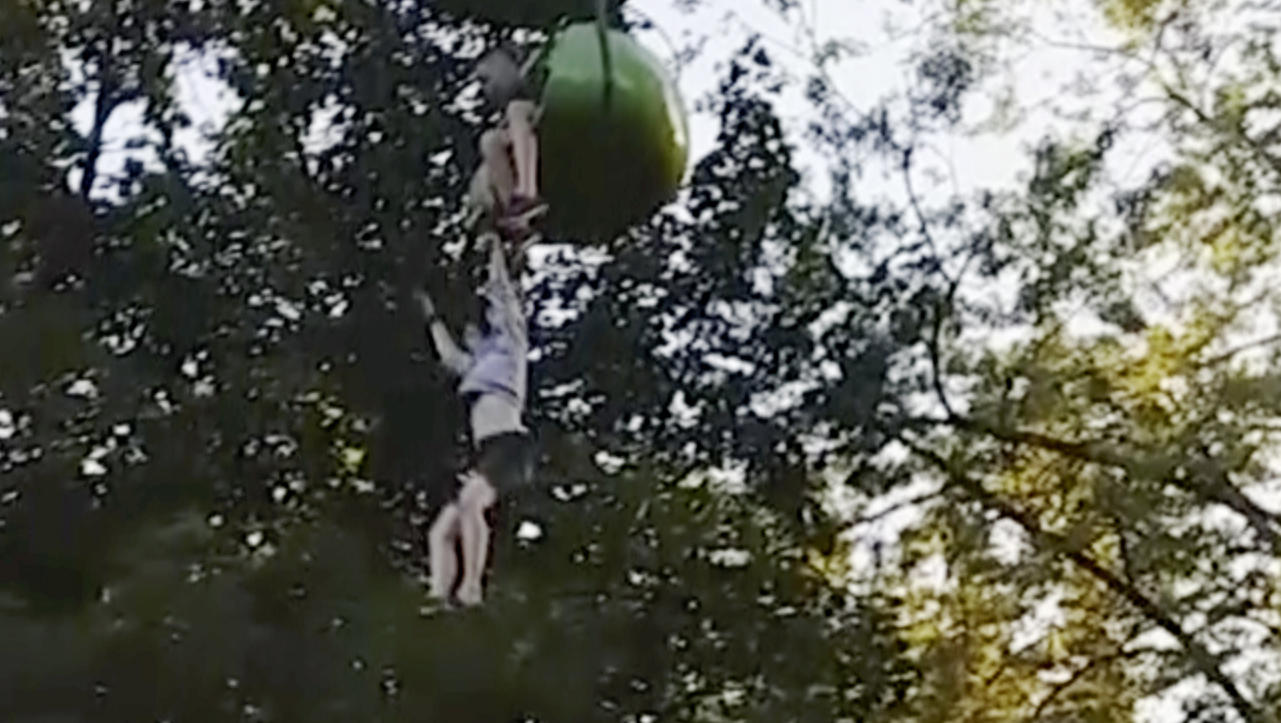 QUEENSBURY, N.Y. -- A 14-year-old Delaware girl who survived falling off a New York amusement park ride has been released from an upstate hospital.

Officials say the teen was released Monday afternoon from Albany Medical Center, where she was treated for unspecified injuries after falling into the arms of bystanders gathered about 25 feet below the Sky Ride at Six Flags Great Escape.

Police say the girl's actions caused her to slip beneath the restraining bars while riding in the two-person gondola with her brother Saturday night. She dangled briefly before dropping onto several people clustered on the pavement below.

Police say the ride was functioning properly at the time. Two safety consultants contacted by "CBS This Morning" said these types of gondola rides have good safety records. When something does go wrong, it's usually because of something the rider did.

The park says the ride remains closed as it conducts an internal investigation.

The police investigation into the exact circumstances surrounding the fall is continuing.