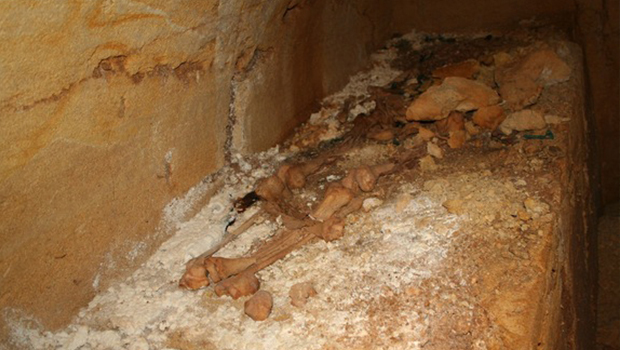 The untouched tomb held what looked like the body of an Etruscan prince holding a spear, along with the ashes of his wife. Several news outlets reported on the discovery of the 2,600-year-old warrior prince.

But the grave held one more surprise.

A bone analysis has revealed the warrior prince was actually a princess, as Judith Weingarten, an alumna of the British School at Athens noted on her blog, Zenobia: Empress of the East. [See Photos of the Unsealed Etruscan Tomb]

Historians know relatively little about the Etruscan culture that flourished in what is now Italy until its absorption into the Roman civilization around 400 B.C. Unlike their better-known counterparts, the ancient Greeks and the Romans, the Etruscans left no historical documents, so their graves provide a unique insight into their culture.

The new tomb, unsealed by archaeologists in Tuscany, was found in the Etruscan necropolis of Tarquinia, a UNESCO World Heritage site where more than 6,000 graves have been cut into the rock.

"The underground chamber dates back to the beginning of the sixth century B.C. Inside, there are two funerary beds carved into the rock," Alessandro Mandolesi, the University of Turin archaeologist who excavated the site, wrote in an email.

When the team removed the sealed slab blocking the tomb, they saw two large platforms. On one platform lay a skeleton bearing a lance. On another lay a partially incinerated skeleton. The team also found several pieces of jewelry and a bronze-plated box, which may have belonged to a woman, according to the researchers.

"On the inner wall, still hanging from a nail, was an aryballos [a type of flask] oil-painted in the Greek-Corinthian style," Mandolesi said.

Initially, the lance suggested the skeleton on the biggest platform was a male warrior, possibly an Etruscan prince. The jewelry likely belonged to the second body, the warrior prince's wife.

But bone analysis revealed the prince holding the lance was actually a 35- to 40-year-old woman, whereas the second skeleton belonged to a man.

Given that, what do archaeologists make of the spear?

"The spear, most likely, was placed as a symbol of union between the two deceased," Mandolesi told Viterbo News 24 on Sept. 26.

Weingarten doesn't believe the symbol of unity explanation. Instead, she thinks the spear shows the woman's high status.

Their explanation is "highly unlikely," Weingarten told LiveScience. "She was buried with it next to her, not him."

The mix-up highlights just how easily both modern and old biases can color the interpretation of ancient graves.

In this instance, the lifestyles of the ancient Greeks and Romans may have skewed the view of the tomb. Whereas Greek women were cloistered away, Etruscan women, according to Greek historian Theopompus, were more carefree, working out, lounging nude, drinking freely, consorting with many men and raising children who did not know their fathers' identities.

Instead of using objects found in a grave to interpret the sites, archaeologists should first rely on bone analysis or other sophisticated techniques before rushing to conclusions, Weingarten said.

"Until very recently, and sadly still in some countries, sex determination is based on grave goods. And that, in turn, is based almost entirely on our preconceptions. A clear illustration is jewelry: We associate jewelry with women, but that is nonsense in much of the ancient world," Weingarten said. "Guys liked bling, too." 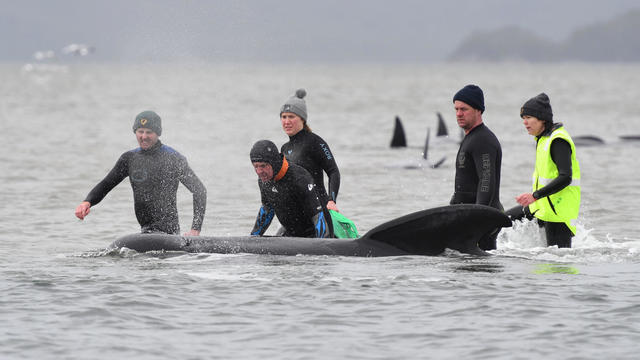