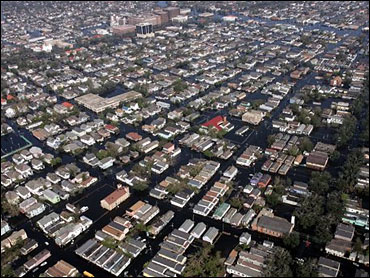 As Katrina roared into the Gulf of Mexico, emergency planners pored over maps and charts of a hurricane simulation that projected 61,290 dead and 384,257 injured or sick in a catastrophic flood that would leave swaths of southeast Louisiana uninhabitable for more than a year.

These planners were not involved in the frantic preparations for Katrina. By coincidence, they were working on a yearlong project to prepare federal and state officials for a Category 3 hurricane striking New Orleans.

Their fictitious storm eerily foreshadowed the havoc wrought by Category 4 Katrina a few days later, raising questions about whether government leaders did everything possible - as early as possible - to protect New Orleans residents from a well-documented threat.

After watching many of their predictions prove grimly accurate, "Hurricane Pam" planners now hope they were wrong about one detail - the death toll. The 61,290 estimate is six times what New Orleans Mayor C. Ray Nagin has warned people to expect.

"I pray to God we don't see those numbers," Michael Brown, director of the Federal Emergency Management Agency, said in an interview with The Associated Press. "My gut is ... we don't. But we just don't know."

The known Katrina death toll was less than 400 on Friday, but officials expect it to skyrocket once emergency teams comb through 90,000 square miles of Gulf Coast debris. Fears are particularly acute in New Orleans, where countless corpses lie submerged beneath a toxic gumbo that engulfed the city after levees gave way.

The death toll is just one of the many chilling details in a 412-page report obtained by the AP from a government official involved in the Hurricane Pam project. Written in ominous present-tense language, the report predicts that: