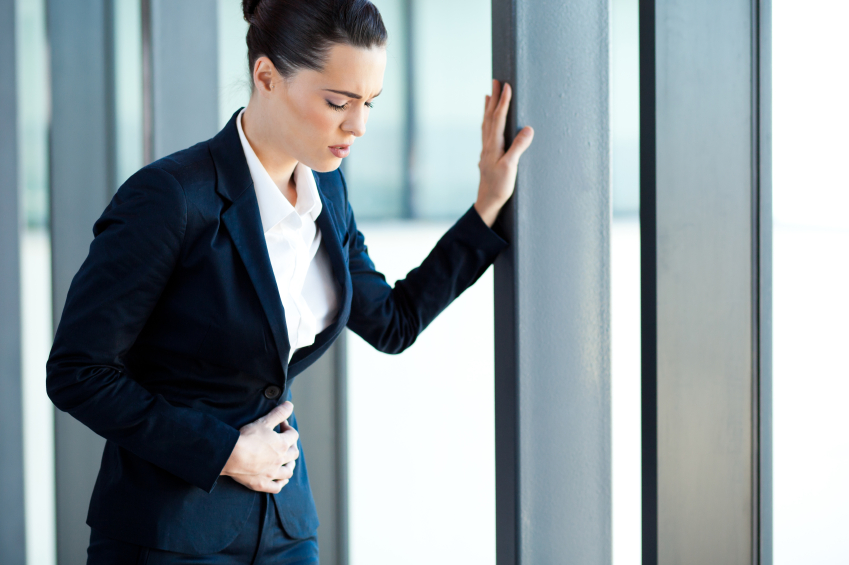 Painful cramping, backache, headache, moodiness, fatigue and bloating -- for many women, that time of the month is miserable enough to be categorized as an acute illness. Bad news if you're a working woman with deadlines and bills to pay.

One British doctor sympathizes so much that he's advocating companies provide female employees with additional days off, also known as paid monthly menstrual leave. Dr. Gedis Grudzinskas, an obstetrician and gynecologist in private practice in London, told The Daily Mail he believes providing this time off -- in addition to sick days -- could help boost women's productivity and happiness in the workplace.

Grudzinskas believes it's reasonable for female employees to be allowed at least one, if not three, days off per month. Some people may be laughing but Grudzinskas is serious about his opinion. Period.

"Some women feel really grotty when menstruating. Coming into work is a struggle and they feel lousy," he told the paper. "When you feel like that, it's harder to take pride in your work or perform as well. This is about employers being sensible and aware."

It turns out the concept has been tried in other countries. Japan, Indonesia, Korea and the Philippines all have laws in place that allows a working woman to take time off during her period if the discomfort and pain is too great to do her job.

According to the American College of Obstetricians and Gynecologists, up to 50 percent of women experience a painful period -- a medical condition known as dysmenorrhea -- for at least one or two days at some point in her lifetime.

Alice J. Dan, a professor with the College of Nursing at the University of Illinois at Chicago, has researched the topic extensively, especially the impact of the law in Japan.

In her paper on Japan's menstrual leave policy, enacted through the Labor Standards Law of 1947, she says that while some readers may love the concept, the law does not benefit the societal view of women. Ultimately, menstrual leave pathologizes a normal human biological function, which in the long run promotes an impression that women are ill-equipped for the working world, at least compared to men.

"It is used by employees as an argument against providing equal positions for female workers, at the same time that its meager benefits pacify women and keep them from fighting for more substantial benefits like higher wages and better work conditions," writes Dan.

In her research, Dan found that the number of women who actually use menstrual leave has declined over the years, from 20 percent in 1960 to 13 percent in 1981. Women in factory jobs were most likely to use the time off due to insufficient or unsanitary work conditions.

Russian lawmaker Mikhail Degtyaryov proposed a similar bill last year that was ultimately shot down by his country's Parliament. Explaining the reasoning behind the legislation, he wrote on his website: "During that period (of menstruation), most women experience psychological and physiological discomfort. The pain for the fair sex is often so intense that it is necessary to call an ambulance."

It seems unlikely such a proposal would gain traction in the U.S. Currently, employed Americans with chronic health conditions are protected under a number of anti-discrimination and disability laws. But about a third of U.S. workers do not get paid when they stay home sick. Several major cities, including New York City, San Francisco and Washington, D.C., have recently passed laws requiring employers to provide a certain number of paid sick days, and they all treat men and women equally.