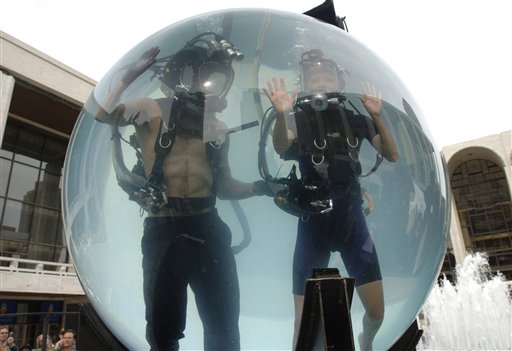 Shields, who has struggled since Mike Vernon was traded by San Jose, made 24 saves for his third shutout of the season as the Sharks blanked the Atlanta Thrashers 3-0.

As soon as the game ended, Shields skated to the corner and handed his stick to a young fan who was banging on the glass in the front row.

"He was sitting down low, so he had to pay good money for those tickets," Shields said after his 18th victory. "You have to take care of those who take care of you."

The mood was much different in the Atlanta locker room, where coach Curt Fraser held a closed-door meeting that lasted nearly 20 minutes.

The expansion Thrashers have lost four in a row and stretched their season-long winless streak to 12 games (0-10-2). Atlanta has gone nearly a month since its last victory, a 1-0 decision over Philadelphia on Jan. 14.

"I wanted to hear some of their comments about what we need to do to get better," Fraser said. "We just can't get out of second gear. We've got to find a way to compete harder."

He also wanted to let the players know that a trade completed earlier in the day with Calgary didn't mean the Thrashers were putting up a white flag this season. Atlanta traded defenseman Darryl Shannon and forward Jason Botterill to the Flames for young forward Hnat Domenichelli and the rights to a Russian player.

"Some people say we're giving up, but that's totally wrong," Fraser said. "This kid is going to come in here and be a breath of fresh air. That's why we did that trade."

Stephane Matteau and Patrick Marleau scored before the game was seven minutes old, both taking advantage of mistakes by Thrashers goalie Scott Fankhouser. Owen Nolan added an open-netter with 1:12 remaining.

Shields is only 5-9-2 since the Sharks dealt Vernon, a two-time Stanley Cup winner, to the Florida Panthers in a three-team deal Dec. 30. But Shields was perfect against the low-scoring Thrashers, making several nice stops in the opening period.

"It was the Shields and Shields show," San Jose's Jeff Friesen said. "It wasn't pretty, but we got the job done. The key was we got the lead."

Atlanta endured its eighth shutout loss and remained tied with Montreal for fewest goals in the league with 117.

Matteau scored at 1:08 of the first period, before many in the standing-room-only crowd of 18,681 largest in Thrashers history had reached their seats.

Fankhouser got things started by giving up a rebound right in front of the net off a bad-angle shot from Todd Harvey. The Atlanta goalie then made a nice save on Matteau's follow-up, but that rebound deflected off Atlanta's Denny Lambert and into the net.

Marleau scored at 6:37 after Fankhouser went behind the net to stop the puck, only to lose control. San Jose's Alexander Korolyuk fired a shot from behind the net that deflected off Fankhouser and went to Marleau standing in front. He buried a high shot as the Atlanta goalie scrambled back into position.

Fankhouser was solid the rest of the way, making 23 saves, but the Thrashers' poor offense leaves little room for error. Atlanta was 0-for-5 on the power play and hardly mustered a decent scoring chance.

"Obviously, our goaltender was better than theirs," Sharks coach Darryl Sutter said. "That's how you win on the road. You don't try to do anything other than get off to a good start and try to establish your game. That's what happened."

Domenichelli arrived at Philips Arena in the middle of the game and is expected to play Saturday night against Chicago.