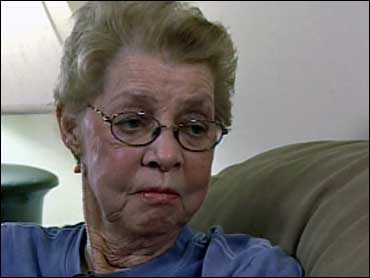 Health organizations have had some success over the years in getting their message out on how to prevent AIDS. But they may have overlooked one key group. At last count, CBS News correspondent Jim Acosta reports, nearly 27 percent of people living with AIDS in America were 50 or older.

They are people like Sue Saunders, who behind her sewing machine may look like a typical senior — that is, until she takes the six different medications she needs every day for HIV.

"Everybody thought that when you're 50 years old, you died from the neck down. And nobody had sex when you're over 50," says Saunders. But she adds, "that's not the case."

Certainly not for Saunders, who contracted HIV from her boyfriend when she was 56.

Since then she's appeared on talk shows and before senior groups in South Florida warning of the dangers of unprotected sex.

"All these older people are so glad to finally talk about sex," she says.

AIDS activists say that due to Viagra and similar drugs, older Americans are sexually active like never before. That's a message Saunders says she has the toughest time getting across to older men.

"If the man can drive at night, he's got a harem," says Saunders. "Probably couldn't get a date when he was 18 years old, and now he's the belle of the ball. 'Condo Cowboys' we call 'em."

But older women also share some responsibility. Many who've passed menopause don't use protection because they won't get pregnant.

As seniors need more education about AIDS, so do their doctors. Many of the symptoms of HIV, such as sweating and dementia, are similar to the signs of aging.

Sue Saunders says she's proof that it can.