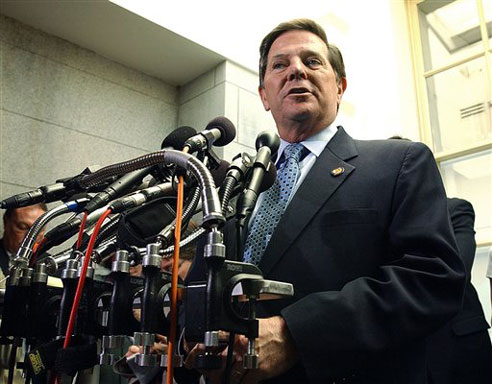 Alexei Yashin scored his 24th goal and assisted on a goal by Shawn McEachern to lead the Ottawa Senators to a 3-2 victory Thursday night over the Toronto Maple Leafs.

Bruce Gardiner also scored for Ottawa, which outshot Toronto 41-12, including 18-3 in the second period.

Fredrik Modin scored both goals for the Maple Leafs, who have lost five of their last six games and are winless in five games against the Senators.

Gardiner ended a 148-minute 49-second scoring drought by the Senators when he opened the scoring at 13:43 of the first period, splitting the Toronto defense and beating goaltender Felix Potvin high to the stick side.

McEachern scored Ottawa's fourth power-play goal in 61 chances spanning more than 18 games to give the Senators a 2-1 lead with 2:17 left in the period.

Yashin scored his eighth goal in 13 games with a backhander as the teams skated four-a-side 7:14 into the third period.

Modin completed the scoring by beating Ottawa goaltender Damian Rhodes with his ninth at 11:54.

Struggling Ottawa was coming off consecutive shutout losses to New Jersey on Monday and Wednesday. The Senators had been shut out four times in their 10 previous games.