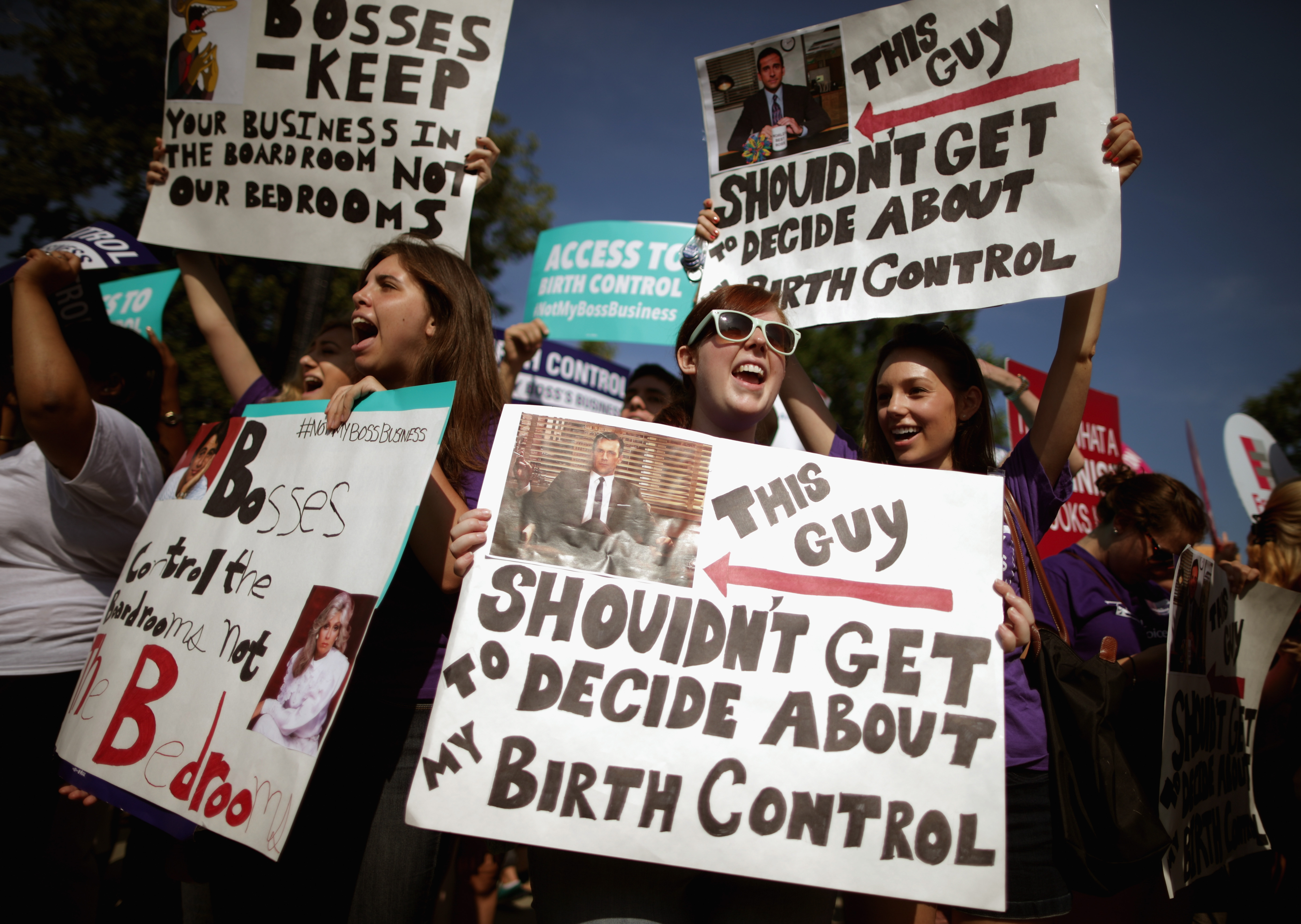 WASHINGTON -- Senate Republicans on Wednesday blocked a bill aimed at restoring free contraception for women who get their health insurance from companies with religious objections, a legislative setback for Democrats that they hope will be a political winner in November's elections.

The vote was 56-43 to move ahead on the measure, short of the 60 votes necessary to proceed.

Republicans called the bill a political stunt aimed at helping vulnerable Democratic incumbents in the elections.

They have plans to introduce their own legislation they say "will make very clear that women have the same rights today to access contraception as they did before Obamacare was passed and before the Hobby Lobby decision," in the words of New Hampshire Sen. Kelly Ayotte.

Ayotte, R-N.H., denounced her Democratic colleagues Tuesday for what she calls a "misrepresentations" of the Hobby Lobby ruling.

"The Supreme Court's ruling did nothing to change a woman's ability to access birth control or other forms of contraception. Our bill will reaffirm that no employer can prohibit an employee from purchasing an FDA approved drug or medical device," Ayotte told reporters.

She said the GOP approach will actually focus on ways to expand access like asking the Food and Drug Administration to study the safety of making contraception available over the counter and looking for ways to improve affordability by removing limits on health savings accounts and flexible spending accounts implemented by the Affordable Care Act.

Democrats have seized on the birth control issue as they look ahead to November with hopes of energizing voters, especially women, to preserve the party's Senate majority. Democrats must defend more seats, and Republicans are upbeat about their prospects of gaining the six necessary to secure control, especially in GOP-leaning Southern states.

Sen. Jeanne Shaheen, D-N.H., who is in a competitive re-election contest, summed up her party's argument on the issue.

But Republicans said that the Democratic effort was merely a move to boost struggling incumbents and that both parties support a woman's right to make her own health care decisions.

Senate Minority Leader Mitch McConnell, R-Ky., said Democrats "think they can score political points and create divisions where there aren't any by distorting the facts."

In one of the most closely watched races in the country, McConnell faces Democrat Alison Lundergan Grimes in his bid for a sixth term.

Three Republicans broke ranks with their party - Sens. Susan Collins of Maine, Lisa Murkowski of Alaska and Mark Kirk of Illinois - and backed the Democratic-led legislation. In a procedural move, Senate Majority Leader Harry Reid, D-Nev., switched his vote to no, allowing him to bring the measure up for another vote closer to the election.

All other Democrats backed the bill.

National statistics from the Centers for Disease Control and Prevention show that more than 99 percent of women ages 15 to 44 who have had sexual intercourse have used at least one form of contraception.

"I trust women to make their own health care decisions, and I don't believe their employers should have a say in them," said Democratic Sen. Mark Udall of Colorado, a chief sponsor of the legislation with Sen. Patty Murray, D-Wash.

In Colorado in 2008, female voters were critical to Udall's election to the Senate, favoring his candidacy 56 percent to 41 percent while men backed him 50 percent to 46 percent, according to exit polls conducted by Edison Research for The Associated Press and other news organizations.

In the 2012 presidential election, Democrats overall captured the female vote by double digit margins as did the party in House races - 55 percent to 44 percent - when Obama won re-election. Democrats enjoyed a slightly better edge in the 2008 elections when Obama captured his first term and Democrats maintained their congressional majority.

It was far different in the 2010 midterm elections, some eight months after Obama signed the health care law and as the tea party energized the GOP. Female voters backed Republicans 49 percent to the Democrats' 48 percent in a low-turnout election that enabled the GOP takeover of the House.

Late last month, a deeply divided Supreme Court ruled 5-4 that requiring closely-held companies to pay for various forms of women's contraception to which they object violates the corporations' religious freedom. The decision marked the first time the high court had declared that businesses can hold religious views under federal law.

"Five men on the Supreme Court rolled back the clock on women in America," Murray said.

Ilyse Hogue, president of NARAL Pro-Choice America, said the court's decision has "awakened the pro-choice majority in this country."

In Kentucky, NARAL began a 30-second, black-and-white ad criticizing Senate Republican leader Mitch McConnell for his opposition to the legislation. The tag line said, "Mitch McConnell will never do the right thing for Kentucky women."