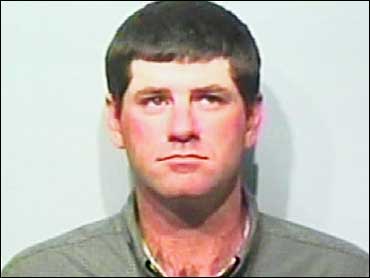 Police and FBI agents searched Wednesday for an 8-year-old girl and her 9-year-old brother who vanished from a house where their mother, older brother and a man were found slain.

Authorities in Kootenay County Idaho want to question a person of interest, who they say is not a suspect but was known to be at a home Sunday evening where the triple murder took place, reports CBS News Correspondent Stephan Kaufman.

Sheriff's Capt. Ben Wolfinger said that Robert Roy Lutner, 33, is believed to be a friend of the family.

"He was known to be at the residence Sunday evening. He's maybe our best source of information," Wolfinger said. "We're just having a hard time tracking him down right now."

A nationwide amber alert was issued for the youngsters.

Shasta Groene, the missing girl, stands 3-foot-10, weighs 40 pounds and has long auburn hair and hazel eyes. Her brother, Dylan Groene, is 4 feet and 60 pounds, with a blond crewcut and blue eyes.

Both lived with their mother at the home located along Interstate 90 about eight miles east of Coeur d'Alene.

Watson could not say for certain the children were abducted. "We just know there are two children who are normally in that house who are not," he said.

The victims in the house were identified as Brenda Groene, 40; Slade Groene, 13; and Mark McKenzie, 37, of Coeur d'Alene. Property records list a Mark McKenzie as a neighbor of the Groenes. Neighbors and acquaintances described him variously as Groene's live-in boyfriend, cousin or landlord.

Watson said the deaths were not a case of a murder-suicide. Wolfinger said the bodies bore obvious signs of traumatic injury; he did not elaborate.

Investigators have talked with the children's father, Steven Groene and described him as distraught.

Jesse Groene, who is jail on unrelated burglary charges, told CBS affiliate KREM he couldn't believe he had lost almost his entire family.

"Whoever did this is just straight twisted; something's wrong with them," Groene said.

Authorities were called Monday evening by a neighbor who had gone to the house to pay Slade Groene for mowing his lawn over the weekend and noticed something was amiss, Wolfinger said.

The neighbor, Bob Hollingsworth, said he grew suspicious because dogs were barking and the door of one vehicle was open while none of his neighbors were in sight.

"I had a real bad feeling, because always some kid or the dog or something comes out of there," he said.

Wolfinger stressed that Lutner is only a "person of interest" at this point.

"Since he was there, he may have seen something or know something, and that's what we have to work on right now," he said. "Maybe he can fill in some of the gaps that are plaguing this investigation right now."