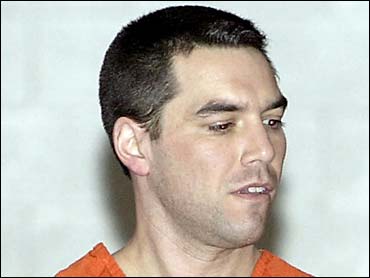 When Scott Peterson's maternal grandfather was murdered in 1945, it was the first link in a chain of events that would form a "psychological perfect storm" that led Peterson to slay his wife, Laci, and their unborn son, Connor, according to forensic psychiatrist Keith Ablow.

told
co-anchor Hannah Storm on The Early Show Tuesday that, like the rest of America, he looked at Scott and saw a good-looking man with a pretty wife and a baby on the way, and wondered how he could kill her.

But it's his professional calling to find out what makes murderers do what they do, so he delved deeply into Scott's background.

The result is his new book, "Inside the Mind of Scott Peterson."

To read an excerpt of "Inside the Mind of Scott Peterson," click here.

Ablow says the seeds of Laci's demise were planted Dec. 22, 1945, when Scott's maternal grandfather was murdered with a rusty pipe for about $600.

"That," says Ablow, "set in motion a chain of events that was nearly inescapable for him and that truly besieged his soul.

"His grandfather is murdered. His mother, Jackie, is placed in an orphanage because her own mother feels incapable of mothering her alone. It's not any orphanage. It's what's been called 'a cesspool of pedophilia,' since. She's separated from her brothers there. She emerges, takes care of her mother, who then dies on her.

"She has two children. She gives both of those children up when the men leave her — abandonment again — for adoption."

But she later had and kept Scott who, Ablow says, was "objectified. His humanity didn't matter. He needed to suffocate himself and drown himself, essentially to death, spiritually, to be in this family."After all, his mother had given away kids. It's a very clear message, 'I can do that.' His father had left the family with three children, and relatives told me he did that partly because he didn't like having kids around."

That meant Scott was threatened by the prospect of becoming a father, Ablow says, adding, "There's a psychological threat to him even being a person. So he becomes a person imitating a person. He needs to be perfect in the family. So perfect that he strangles the reality of himself.

"And so, when he meets Laci, by the time he meets her, he's already well on his way to being a mask of sanity. He's perfect. She can find nothing wrong with him, because he's already exorcised all the loose ends. But he's very, very angry at having been destroyed as a child."

So angry, Ablow says, that Scott had become a sociopath, incapable of feeling his own pain and, then, the pain of others. He "lacks that connection that we might have if you told me a story that was moving."

That, Ablow says, is how Peterson could show no emotion when he got the death penalty. He's been on death row in California for eight months and Peterson has already told relatives that he expects to adjust to prison life.

"Be not surprised," Ablow says, "because, when his mother emerged from the orphanage, which has been called such a terrible place, she said, 'Well, it was wonderful.' And his father told me, 'The thing about Scott was, you never had to discipline him. Ever.'

"He was so quiet that they left him in a restaurant. Walked out. The maitre d' ran after them and said. 'Your boy is at the table.' No, he wasn't. And that's the point: Basically, (a new life is) coming into his — his wife is becoming a mother, a family is being created. He was destroyed in his family. He's not going to let that happen."

Ablow says Amber Frey is key to the story.

"After all," Ablow says, "Amber arrives on the scene at a critical moment. His world is contracting. He's about to be a father. He doesn't want to be. So she's imbued with special meaning.

"But also, she's a person in pain and she shares her pain with him. She says, 'Look, you don't have to be perfect. I'm not.' I think there was a glimmer of something we might call love between them."

Ablow says Peterson was insane, and that's the defense his lawyers should have used.

And, he says, to this day, Peterson isn't feeling pain, handling being on death row "without a problem. He told his sister he'd get used to small quarters and that, in fact, San Quentin (State Prison) is an historic building. He's lucky to be there. He'll get his things at Home Depot when he gets out."

To read an excerpt of "Inside the Mind of Scott Peterson," click here.