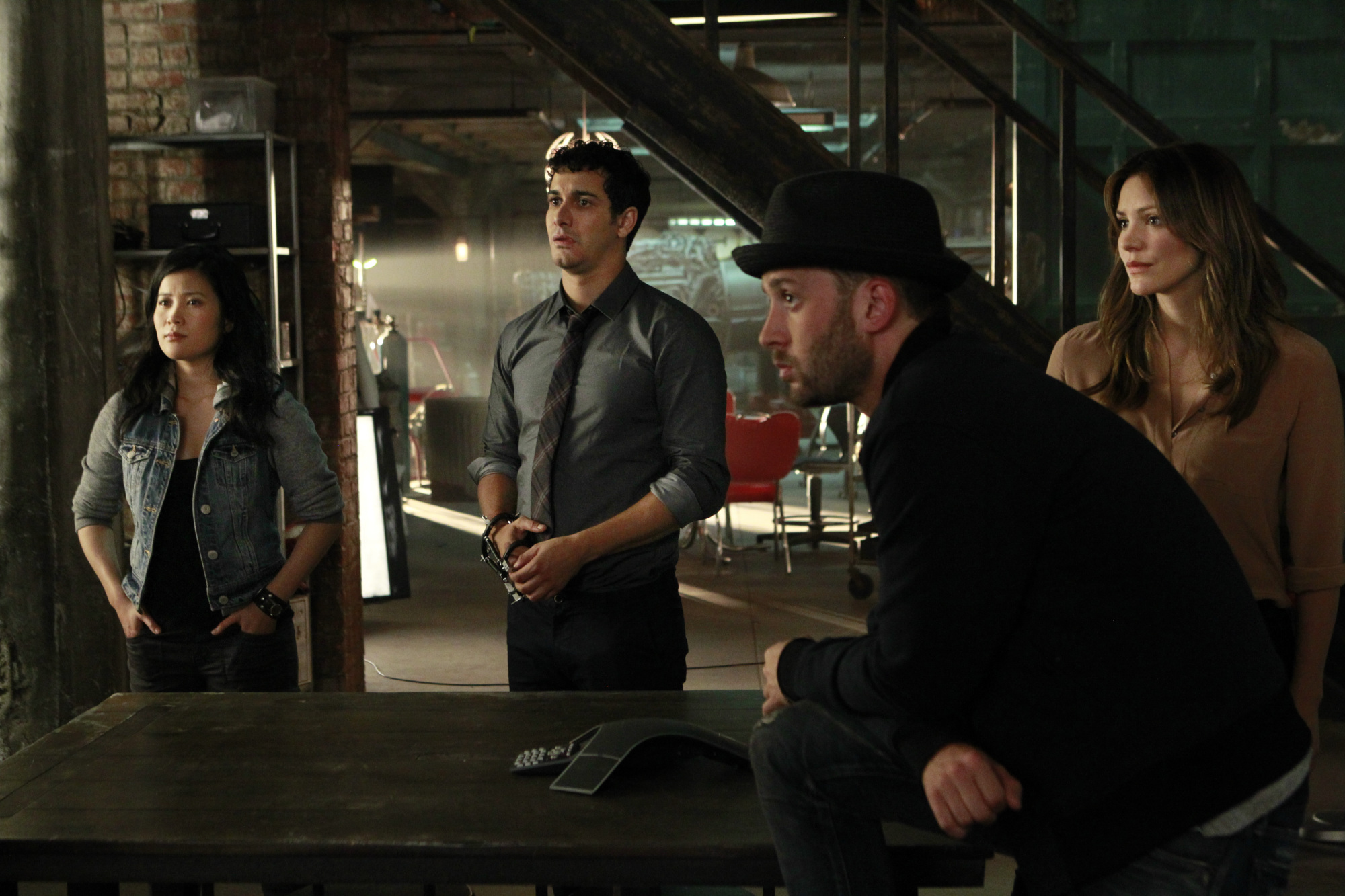 There's hardly any rest for the cast members on the set of "Scorpion," the hit CBS drama about a team of genius misfits.

"'Scorpion' is basically an action film every episode," actor Eddie Kaye Thomas told CBS News during a recent visit to the Los Angeles set. "A normal action film, a 90-minute movie, they'll take three or four months to shoot. We shoot -- a one-hour episode in nine days. So from the moment we start, we're in a rush."

The cast members say the stunts and drama you saw in season 1 (and with it, the lack of rest for the actors) get more intense during season 2, which kicks off Monday, Sept. 21 at 9 p.m. ET.

"There's just a lot more action -- and -- more comedy," said McPhee, who plays the mom of a genius. "It's been really fun to work on the show with it being more just light-hearted. And I think everyone in the cast is enjoying the comedy side of the show ... We are a drama but we're kind of more of a dramedy meets action meets procedural."

The drama will intensify by episode 3 as the team members find themselves in a bit of a bind. Patrick, who plays federal agent Cabe Gallo, said, "There's a lot of challenges for us. We've got a big event. We've got one of our guys [Sylvester] in a prison. And we gotta get him out."

Loosely based on the life of self-proclaimed genius and computer expert Walter O'Brien, "Scorpion" follows what happens when a team is recruited by federal agent Cabe Gallo (Patrick) of the U.S. Department of Homeland Security to form Scorpion, said to be the last line of defense against high-tech threats around the globe.

During season 1, the cast members had just started to get to know one another. But now with one season behind them, things are a lot more familiar and exciting.

"You have the original cast coming back. You know you get along with them. You have -- returning directors," McPhee told CBS News while on set in Los Angeles. "And there's a rapport that you have with people and it just makes the experience so much more enjoyable. So I'm really enjoying myself."

"Once you relax into it and you realize that -- I think best work comes when you're relaxed and you have people to vibe with. And I think that kind of comes through on set ... It's all about how the characters interact ... You know, that's where comedy, that's where emotional sort of relativity comes from I think."

It's a good thing these cast members get along, because as Patrick says, "There's nothin' else to do but 'Scorpion' when you're on 'Scorpion.'"

Check out the video above for our behind-the-scenes look at season 2 of "Scorpion."