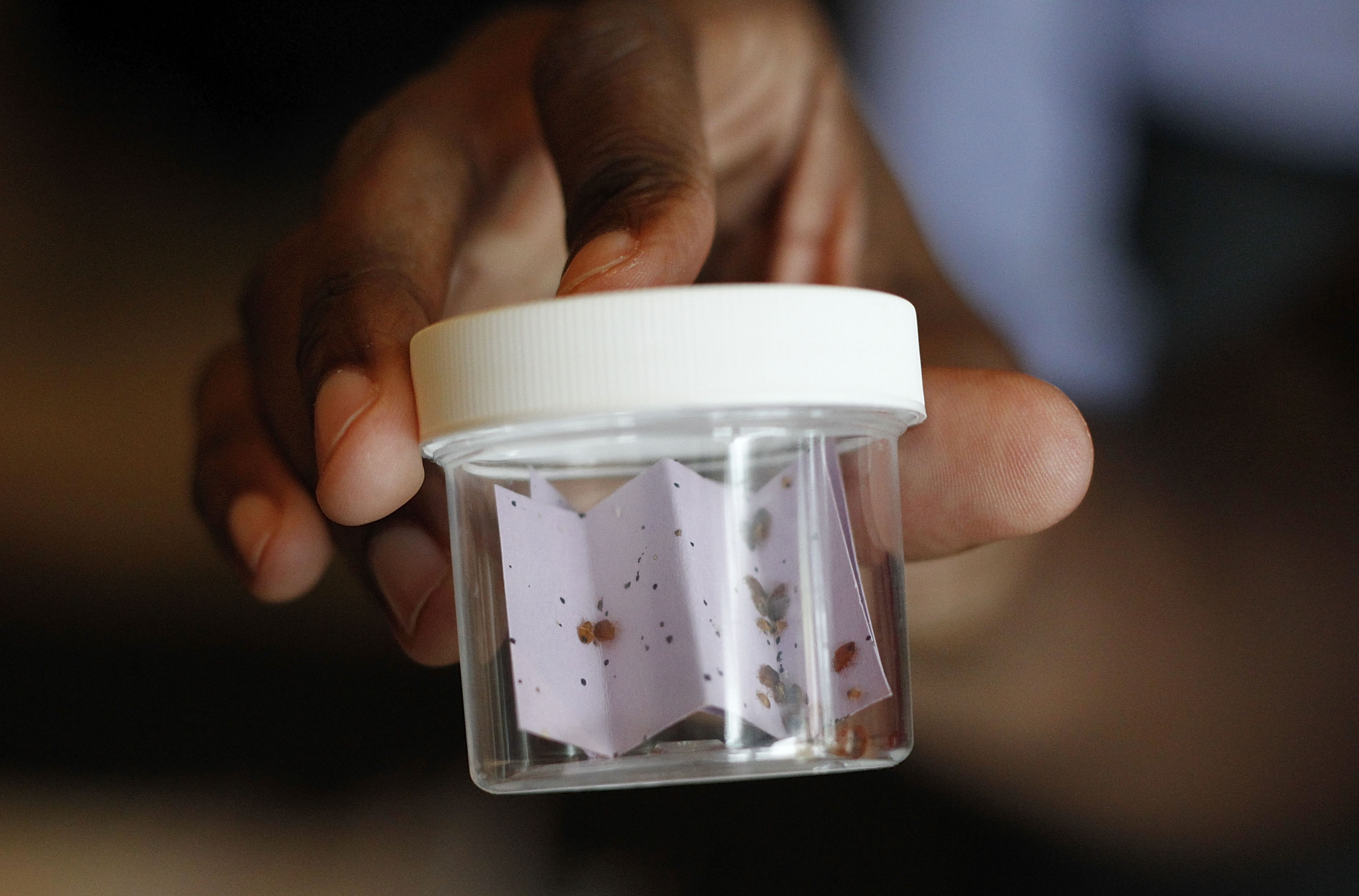 Right now, there's only one surefire way to know if you've got bed bugs -- and it itches like crazy. By the time you notice the lines of red, itching, burning bites, the bugs could have been multiplying in your mattress for days or even weeks. But researchers in Canada have a plan to catch the critters early and make it easier to stop an infestation from spreading.

A team of biologists and chemists at Simon Fraser University have identified for the first time a chemical scent that will lure bed bugs out of furniture and into traps. They published their research on the attractive pheromones in the chemistry journal Angewandte Chemie.

"The biggest challenge in dealing with bed bugs is to detect the infestation at an early stage," said Gerhard Gries, one of the biologists who has spent years on the project. "This trap will help landlords, tenants, and pest-control professionals determine whether premises have a bed bug problem, so that they can treat it quickly. It will also be useful for monitoring the treatment's effectiveness."

Bed bugs were largely eradicated ages ago, but in the last decade they have reemerged in plague-like proportions around the world. Cities across the U.S. have seen infestations in homes, hotels, movie theaters and designer stores.

And once you've got bed bugs, they're very hard to get rid of -- but very easy to pass around.

An effective trap could help control the spread.

"This isn't the first group to try to make a pheromone-laced bed bug trap, but it sounds like the SFU researchers have hit upon some promising compounds," said Brooke Borel, author of the upcoming book "Infested: How the Bed Bug Infiltrated Our Bedrooms and Took Over the World" (April 2015). "Still, a new trap -- no matter how well designed -- will not get rid of the bed bug problem. Traps are tools that let pest controllers know bed bugs are in a home, but that's about it. Traps won't clear a bed bug infestation. For actual treatments, we still have limited choices, and that will likely continue."

The SFU team has brought their fragrant cocktail to Contech, a Canadian manufacturer of eco-friendly pet and garden products. They hope to have a commercial lure ready for sale in 2015.