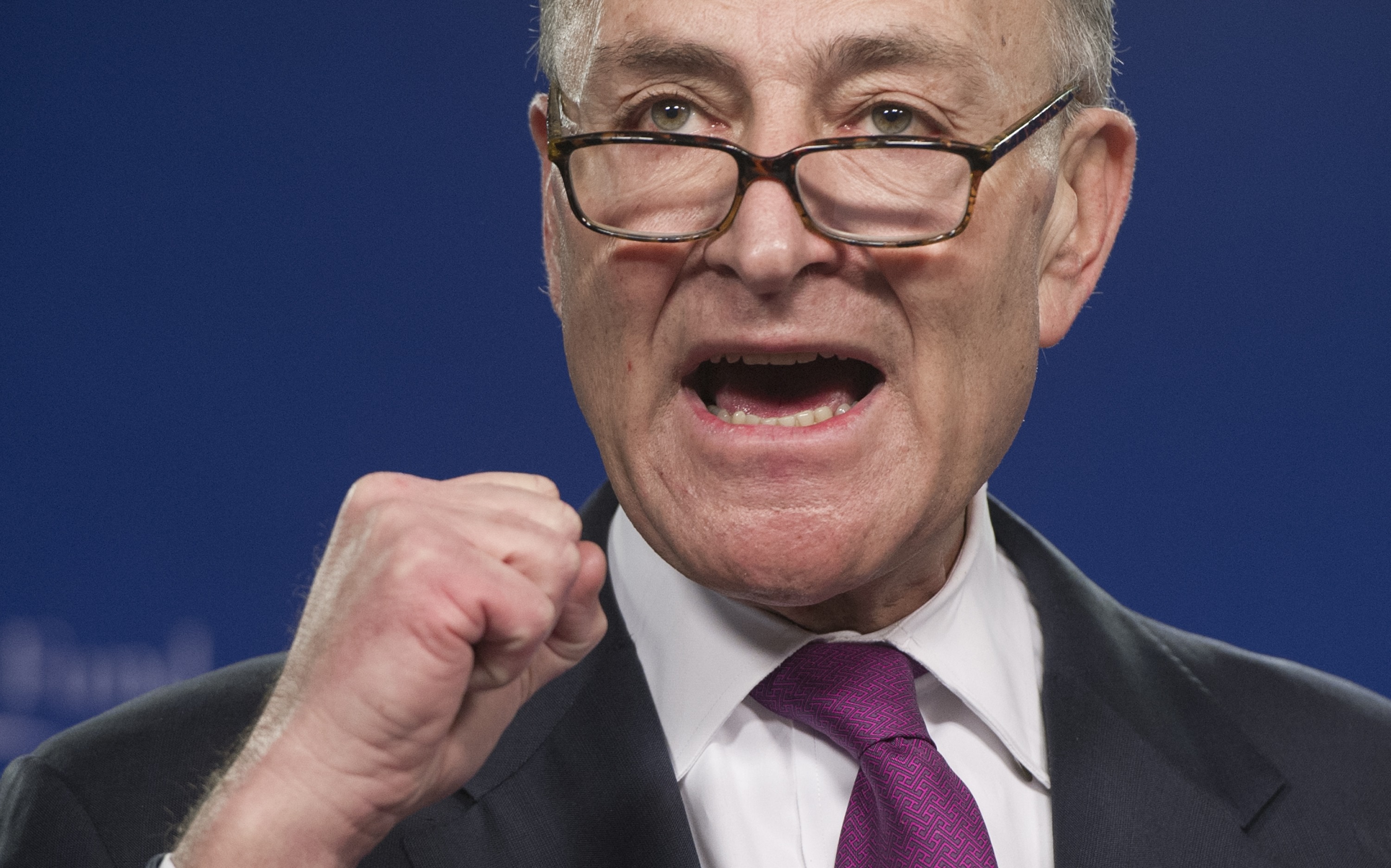 Sen. Chuck Schumer, D- N.Y., laid out a Democratic strategy to combat the tea party in a speech Thursday saying his party has failed to respond to the tea party argument that the government is a major cause of Americans' problems.

Schumer said the biggest challenge facing America today is the declining middle class, so Democrats should focus their efforts on showing Americans ways in which the government can support the middle class.

"The tea party elites, with little rebuttal, have been able to make government the bogeyman," Schumer said during a speech at the liberal Center for American Progress in Washington, D.C. "They have convinced too much of America that government is the explanation for their ills."

Schumer cited figures showing that median income has dropped 10 percent since 2001, and said that if middle-class incomes continue to decline "we will have a dramatically different America, a less optimistic, more sour America."

He added that in framing the debate with the tea party, Democrats should focus on four or five simple and easily explainable examples where government can help the average family. Schumer's examples included: raising the minimum wage, assisting with college affordability, investment in national infrastructure, promoting equal pay for women, and ensuring America has fair trading relationships and isn't exploited by countries like China.

Schumer said that focusing on middle-class incomes and jobs should be a key component of the Democrats' strategy for the 2014 midterm elections in November. "The issue of middle-class incomes and jobs and what to do about them will dominate the 2014 election," Schumer argued. "The issue of the deficit, and of Obamacare, will be less important in determining who wins these elections."

Schumer did not mince words in his critique of the tea party. He compared the movement to angry, backward looking populist movements throughout American history, including the Know-Nothings an anti-Catholic immigrant movement prominent in the 1850s, Prohibitionists who he said were reactionaries responding to the urbanizing culture of the U.S. in the early 20th century, and to "Father Coughlins and Huey Longs" in reference to the anti-semitic Catholic priest and radio host in the 1930s and the radical redistributionist governor of Louisiana in the same era.