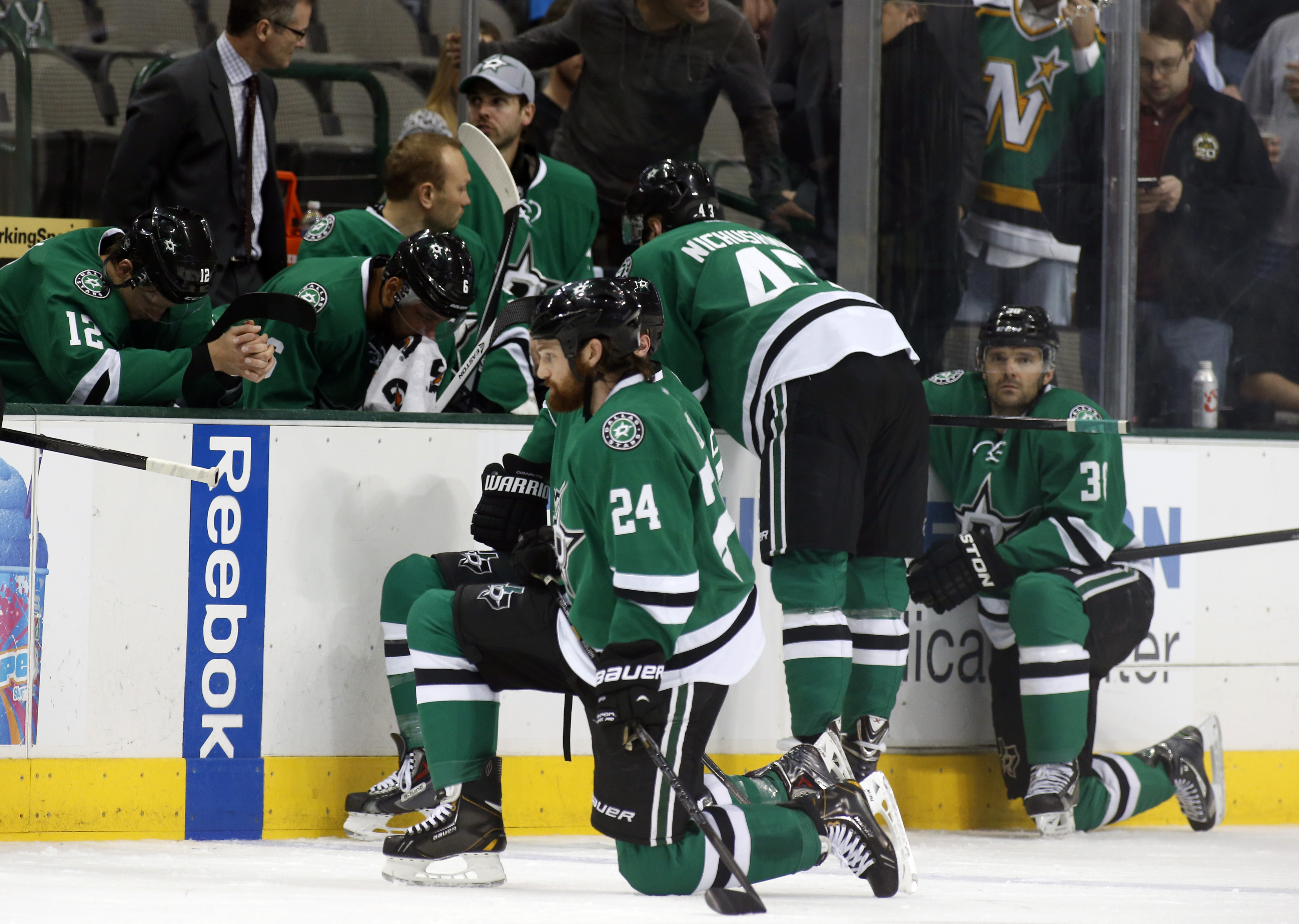 DALLAS -- Rich Peverley underwent a procedure to correct an irregular heartbeat six months ago after a physical revealed the condition at the start of training camp.

The Dallas Stars' forward missed a game last week with a recurrence of the problem.

But his biggest scare came Monday night when he collapsed on the bench early in a game against Columbus and was rushed through a tunnel and stabilized.

The 31-year-old Peverley ended up in good condition at a Dallas hospital, but the episode shook his teammates and led to the game's postponement with the Blue Jackets leading 1-0 in the first period.

"When he dropped, it was red alert," Stars coach Lindy Ruff said. "Don't worry about the game. It was about getting the doctors. The players don't want to play, and I don't want to coach the team right now."

After Peverley collapsed, Dallas players were pounding their sticks on the boards to try to get the attention of officials. When that didn't work, they started jumping off the bench onto the ice with the game going on.

After the game stopped and the chaotic scene played out, the Stars stood in stunned silence, clearly in distress, unsure what had happened to a player they knew had a history of heart problems.

Stars forward Erik Cole tried to rush into the tunnel just after Peverley was carried through, only to be turned away. He then gnawed at the thumb on one of his gloves while he waited for word on what the players would do next.

Sergei Gonchar stared blankly near fellow defenseman Trevor Daley, who was hunched over on the bench, wiping his face with a towel.

Play was halted at 6:23, and the postponement was announced about 30 minutes later.

"We provided oxygen for him," Salazar said. "We started an IV. We did chest compressions on him and defibrillated him, provided some electricity to bring a rhythm back to his heart, and that was successful with one attempt, which is very reassuring.

"As soon as we treated him, he regained consciousness. He was able to tell me where he was."

Many in the hushed crowd lingered long after the postponement was announced "as a result of the emotional state of the players on both teams caused by the medical emergency." The NHL didn't say when the game would be rescheduled.

Fans told CBS Dallas station KTVT they didn't know what was happening. One said, "Everybody thought it was a fight at first. Then they thought maybe a fan fell out of the stands."

Peverley's wife, Nathalie, accompanied him to the hospital, and the Stars essentially told the Blue Jackets they weren't up for finishing the game.

"They're shaken and they want to reschedule. We understand that," John Davidson, the Blue Jackets' president of hockey operations, told Fox Sports Ohio. "They were shaken to the core."

Peverley missed the preseason and the season opener after the procedure during training camp. He made his Stars debut on Oct. 5 against Washington.

"We monitor him closely for a different type of arrhythmia he has," Salazar said. "He does have a pre-existing condition, and the condition - a normal quivering of the heart that does not allow him to send blood to places where he needs to, in his brain and heart."

Peverley sat out last week's game at Columbus and couldn't fly because he felt strange. But he played in Dallas' next two games before Monday.

"There wasn't any concern," Ruff said. "Our doctors have done a fabulous job monitoring the situation."

In 62 games this season before Monday, Peverley had seven goals and 23 assists.

"The first thing (Peverley) asked me was how much time was left in the first period," Ruff said.

The Stars went to the airport after the postponement, and even had a scheduled departure for St. Louis that was earlier than it would have been if the game was played. Dallas is scheduled to play the Blues on Tuesday night.

"He's going to be OK," Ruff said. "The care he's getting and the care going forward is the most important thing."