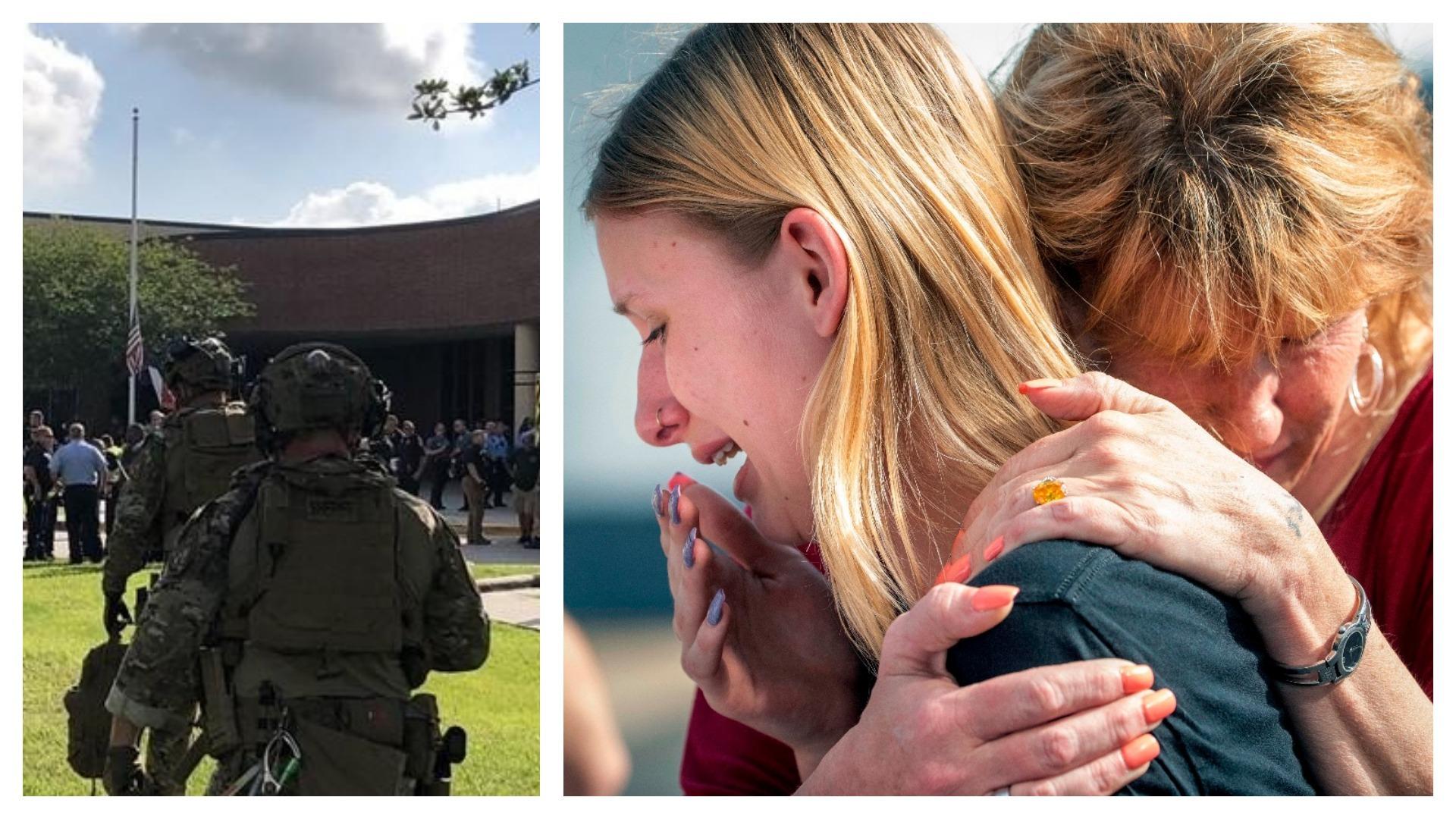 In the hours after news broke that 10 people had been killed by a gunman who opened fire Friday morning at Santa Fe High School in Texas, heartbreaking firsthand accounts began trickling in. In one of them, student Damon Rabon recalled the moments he and his fellow students fled for their lives, barricading themselves in a classroom.

"There was about 30 seconds to three minutes of straight chaos," Rabon told CBS News. While some classmates panicked, Rabon and others harkened back to a recent active shooter training they had received.

"Me and a couple other students were like, 'Get in the corner, we've done this before, grab the desk, barricade the door. We were doing all that like we were taught to do."

Thanks to that training, Rabon said they knew to turn off the lights after their substitute teacher returned to the room. They could hear the suspect, later identified as 17-year-old Dimitrios Pagourtzis, in the hall outside.

"He walked right past our classroom," Rabon said. "You could just hear the shots, just, 'boom, boom, boom.' Thank goodness he did not come in our classroom."

Rabon pointed to four specific actions -- barricading the door, turning off the lights, grabbing a desk, and crouching down into a corner with his classmates -- which may well have saved a number of lives. And this sort of crucial knowledge, based on active shooter drills, may be something we see more and more of in the future, as mass shootings like the tragedy today and the February massacre in Parkland, Florida spur schools to take such precautions.

Fellow student Paige Curry described the lifesaving advice she and other students got from a teacher when they heard screaming and gunshots. They were in the school's theater at the time, and the teacher told them to hide backstage rather than make a run for it. She and her fellow students then remained there for half an hour, until they were found by first responders and escorted outside.

"I was ready to run out, but my teacher told me to hide instead, so that's what I did," she told reporters. When asked if she thought that was the best idea, she simply replied, "Well, I'm OK."

There are now tens of thousands of confirmed cases globally and more than 2,000 deaths — most of them in mainland China.