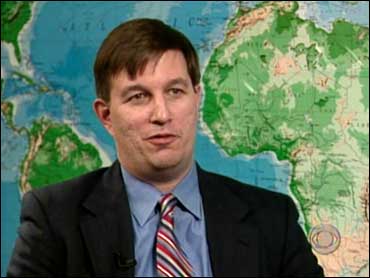 "I think the league did right by implementing the new OT rules, because it's pretty exciting out there," the Colorado center said after scoring the winning goal in the Avalanche's 3-2 victory over the Atlanta Thrashers.

Sakic skated to the right of Atlanta defenseman David Harlock, who had fallen about 10 feet in front of the net, and fired the puck past goalie Damian Rhodes for the victory.

The Avalanche's scoring leader with 12 points, Sakic nailed his second game-winning goal this season, the first coming at Nashville. Sakic now has a point in nine of Colorado's 10 games.

Sakic, who took a game-high nine shots, was assisted by Milan Hejduk and Sandis Ozolinsh on the winner. He was still sporting a black eye after taking a puck to the face in Colorado's 4-1 loss at Ottawa on Thursday.

The Avalanche, seeking their sixth straight division title, won for the fourth time in their last five games.

Atlanta, 0-1-1 following a franchise-first win at the New York Islanders on Oct. 14, is still seeking its first home win. The Thrashers, 0-3-1 at Philips Arena, finished 1-for-6 on power plays.

Down 2-1 following a scoreless second period, Colorado's Claude Lemieux tied the game at 10:30 of the third on assists by Greg de Vries and Hejduk. De Vries was checked against the boards by Harlock before firing a pass to Lemieux, some 40 feet to his left.

"That goal they got in the third period was just the perfect pas," said Rhodes, who made 24 saves, including 13 in the second period. "At the same time the puck came, he was in the shooting motion. He just found a hole."

Colorado goalie Patrick Roy won his 417th game, but had to make only 14 saves. Atlanta did not take a shot in overtime.

Adam Deadmarsh's first goal put the Avalanche ahead in the first period. Atlanta now has allowed the opponent to score first in five of its seven games.

Ray Ferraro answered with his first goal, slapping the puck past Roy. Atlanta took a 2-1 lead 18:53 into the first when rookie Petr Buzek extended his scoring streak to five games with a power-play goal on an assist from Brunette, who got his team-leading eighth point.

Buzek has four of his five points on the power play.

Sakic indicated the Avalanche were discouraged in the first-period effort they showed against the expansion Thrashers.

"Nothing really needed to be said," Sakic said. "We were pretty disappointed with the way we came out."