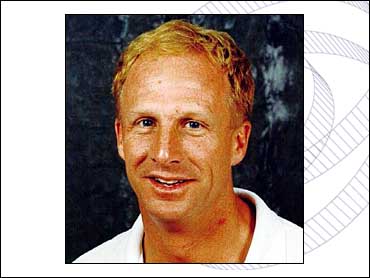 Jim Haslett, defensive coordinator with the Pittsburgh Steelers, was hired today as head coach of the New Orleans Saints.

Haslett takes over a team that fell into disarray under Mike Ditka.

"Jim is the best man for the job at this time for the New Orleans Saints," general manager Randy Mueller said. "I have a great relationship with Jim and that is extremely important as we move forward to bring the Saints a winner. We will begin working towards that goal today."

Ditka was fired on Jan. 5 after a 3-13 season that also cost team president and general manager Bill Kuharich his job.

Haslett and Mueller, the Saints new general manager, know each other well. When Mueller was vice president of football operations in Seattle, Haslett was a leading candidate to become head of the Seahawks. Mike Holmgren left Green Bay to become Seattle's coach and general manager, displacing much of Mueller's authority.

Haslett, 44, was The Associated Press' NFL Defensive Rookie of the Year with the Oakland Raiders in 1979. He had been considered the front-runner for the job because of his long friendship with Mueller.

The defensive coordinator in Pittsburgh since 1997, Haslett was the Saints defensive coordinator in 1996 and coached the team's linebackers in 1995 during two turbulent seasons at the end of the Jim Mora era in New Orleans. While he was with the Saints, New Orleans improved from 22nd to 13th in total defense. The Steelers were 11th in total defense this season.

Following the 1995 season, Haslett was offered the defensive coordinator's job at Tampa Bay by first-year coach Tony Dungy, but declined. Haslett moved up to the top defensive job with New Orleans after his boss, Monte Kiffin, took the Tampa Bay job.

When Mora quit midway through the 1996 season, Haslett was considered for the acting coach's job, but declined. He was not retained after the Saints completed a 3-13 record under interim coach Rick Venturi. He then joined Pittsburgh under coach Bill Cower.

Last year, Haslett turned down an offer from the Philadelphia Eagles. He also interviewed for head coaching positions last year with Chicago and Baltimore.

Haslett had input into a dubious draft day decision for the Saints in 1996, when the club decided to draft cornerback Alex Molden with the 11th pick in the first round. The Saints passed on running back Eddie George, who recently completed his fourth consecutive 1,000-yard rushing season for the Tennessee Titans. Molden finished 1999 on the bench.