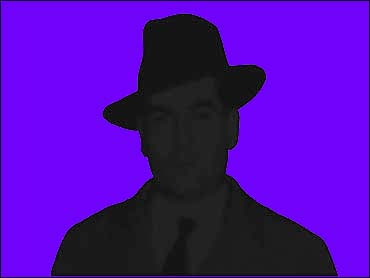 A new program which the government envisions as a tip service for authorities concerned with terrorism is being assailed as a scheme to cast ordinary Americans as "peeping Toms."

The focus of the American Civil Liberties Union's wrath is Operation TIPS — Terrorism Information and Prevention System - in which rank-and-file citizens would watch for suspicious activity and report it.

Attorney General John Ashcroft's spokeswoman denied Tuesday that the Justice Department program, still in the development stage, would set up people to spy upon one another in their homes and communities.

Barbara Comstock said the agency had no intention for people — such as utility workers — to enter or have access to the homes of individuals. The idea is to organize information from people whose jobs take them through neighborhoods, along the coasts and highways and on public transit, she said.

The ACLU said the concept was worrisome, nonetheless.

"The administration apparently wants to implement a program that will turn local cable or gas or electrical technicians into government-sanctioned Peeping Toms," said Rachel King, an ACLU legislative counsel.

The ACLU said it was concerned that these volunteers would, in effect, be searching people's homes without warrants, that resources would be wasted on a flood of useless tips and that the program would encourage vigilantism and racial profiling.

It would provide a central reporting point for reports of unusual but non-emergency situations. Among those involved in the voluntary program could be truckers, mail carriers, train conductors, ship captains, utility employees and others.

Ridge told radio reporters that people in certain occupations are ideal observers. "They might pick up a break in the certain rhythm or pattern of a community. They may pick up in the course of their daily business something that's very unusual."

He noted that the program is voluntary.

"There's a big difference being vigilant and being a vigilante. We just want people to use their common sense," Ridge said. "It is not a government intrusion. The president just wants people to be alert and aware. ... We're not asking for people to spy on people."

The goal, Comstock said, "is to allow American workers to share information they receive in the regular course of their jobs in public places and areas."

Operation TIPS is a part of the Citizen Corps, an initiative announced by President Bush in his State of the Union address.

The Postal Service issued a statement saying it has had preliminary discussions with the Department of Justice and Bush's homeland security office, but no final agreements have been reached.

"It is important to note, however, that the Postal Service has established processes for our postal employees nationwide to report suspicious activity to the Postal Inspection Service and to local authorities," the agency said.

Justice plans to begin the project in August in 10 cities, to be selected. Participants will be able to report anything unusual to a toll-free phone number.