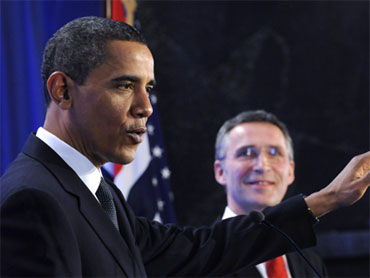 Staying away from tribal council is definitely the name of the game and with two past champions on the Saboga tribe, the torch-snuffing targets are pretty easy to spot. The Early Show Correspondent Tracy Smith has the inside scoop.

The "Survivor: Africa" champion is prepared to do battle with the best, beginning with another winner who has taken a more enlightened perspective.

Tina Wesson says, "It's not about walking away with the million dollars. It's about getting up today, being in Panama, for heaven sakes, in this incredible, gorgeous place.

But don't let that fool you. Aske dif she's willing to offer her first million back in a double-or-nothing type of deal, she says, ""Oh now, wait a minute. Now you're hitting a little too close to home."

To the four non-winners of Tina and Ethan's Saboga tribe, being the "Survivor: All Star" champ is what this game is all about.

"Mom" Is The Word For This Chef

Rudy Boesch says, "I did make the statement before that I'm going to keep doing this till I win."

Boesch has yet to let go of the mistake that may have cost him Survivor's first championship nearly four years ago.

He explains, "What happened is, I was standing there and I started dozing, which I never thought I could fall asleep standing up."

Not all of the Saboga tribe; however, were as close to the prize as Rudy. Jenna Lewis and Jerri Manthey barely made their juries. But both had a significant impact on the show: Manthey as the show's first femme fatale and Lewis as a single mother away from her children for the first time.

But having been seen in such an intimate way is not a problem for Manthey. She says, "Playboy was like almost two years ago now, and it's not part of my everyday life. I don't even think about it anymore. To me it was just a job. It's done. It's over. I don't necessarily know if anybody else is bringing their visual remembrances of my Playboy layout with them."

As far as strategy goes, Lewis points out, "I'm not out here competing for the cover of Playboy. I'm competing for a million dollars."

Was that a little dig?

"Not at all," Lewis says, "It wasn't. I respect Jerri's decision. I should have done it the first time around."

When "Survivor: All Stars" was cast, fame had not yet settled on last season's favorite pirate, Rupert Boneham.

He says, "All these All Stars have been coddled and treated like All Stars for the last few years. Throw them back in the jungle where the bugs and - where everything hurts you. Then we'll see who they are."

Survivor usually starts with a group of strangers getting dumped on a beach in some exotic location, but this time a lot of them already know each other, which Zohn says it is not necessarily good.

He says, "Coming to this game, there's so much baggage. I am friends with a lot of people outside the game."

And Lewis notes, "I know their family, I've met them at appearances, at charity events."

But Boneham sees it another way. He says, "That is the thing I am worried about the most, really, is I'm looked at as the new guy, the one on the outs, the one that's not been in the group yet."

But Rupert Boneham does know the location. He's fished these same waters during "Survivor: Pearl Islands."

Ethan Zohn isn't sure whether it's his element or not. One of the rules of "Survivor: Africa" was stay out of the water. Now, it's a whole new game.

"The rain is going to be horrible," Zohn says, "Not looking forward to that."

But then again, it might be interesting to watch for the viewers.

"Yes, could be exciting, a wet Ethan," he says.