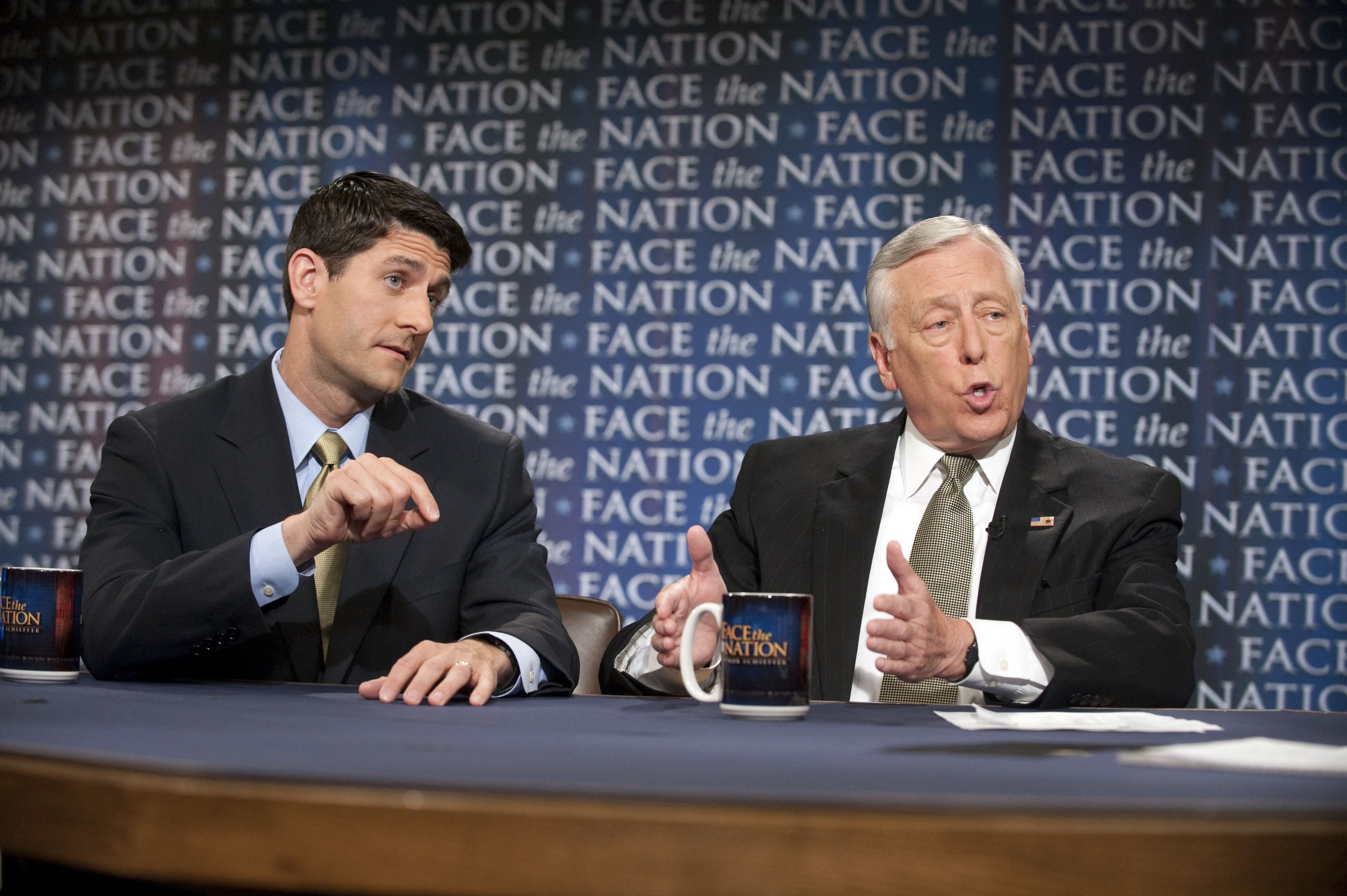 Rep. Paul Ryan, R-Wis., called on Sunday for the resignation of Rep. Anthony Weiner, D-N.Y., noting that his recent indiscretions were "a problem for the institution" of the Congress.

In an appearance on CBS' "Face the Nation," Ryan, alongside Rep. Steny Hoyer, D-Md., condemned the New York Democrat's behavior, and said it was proving "a ridiculous distraction" in America.

"I feel so sorry for [Weiner's wife] Huma and her family most of all," Ryan told CBS' Bob Schieffer. "But we've got to get this behind us because it's a distraction. And so yes, he should resign. I don't take pleasure in saying that because we've got important work to do and this is just a ridiculous distraction."

Hoyer, too, said Weiner "has to consider" resigning. "I don't see how he can proceed and effectively represent his constituency" in light of the scandal," Hoyer said.

Weiner, who has been the subject of intense scrutiny in recent weeks after the revelation that he had been sending lewd pictures of himself to women via Twitter, said on Saturday that he would take a leave of absence from Congress to seek professional help, but has so far resisted the increasing calls for his resignation.

On Sunday, however, more pictures of the congressman emerged - some of which were taken in the House Members Gym in the basement of the Rayburn House Office Building - on the website TMZ.com.

"This is getting beyond ridiculous," said Ryan.

Both Ryan and Hoyer suggested that while the House Ethics Committee could seek to punish the congressman, the process would likely prove lengthy.

"It would take a little while for this process to go through," Ryan said. "This would take time. I think the fastest best way is for Anthony to resign.

"I really don't know that we have that time," added Hoyer. "And I would hope that Mr. Weiner would use this opportunity to reflect upon whether or not he can effectively proceed. I don't see how he can. And I hope he would make that judgment."