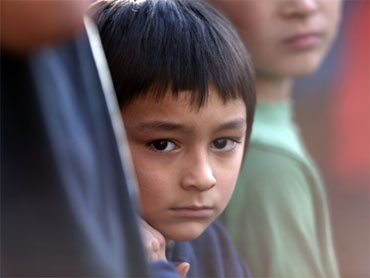 A Russian cargo craft docked at the international space station on Tuesday, carrying fuel, food and water in a supply mission seen as routine until the loss of the shuttle Columbia left the orbital outpost dependent on Russian ships for vital deliveries.

Maneuvering on autopilot, the unmanned Progress M-47 faultlessly hooked up to the station at 5:49 p.m. Moscow time (1449 GMT), two days after it lifted off atop a Soyuz-U rocket from the Baikonur Cosmodrome in Kazakhstan.

The 16-nation space station has depended on U.S. shuttles to deliver the bulk of supplies. With the remaining shuttles grounded indefinitely pending the investigation into the Columbia disaster, Russian missions now remain the only link between the outpost and the Earth.

"The docking went normally, without any problems whatsoever," Yuri Semyonov, the head of the company that makes the Progress, said at mission control outside Moscow, where Russian space officials and cosmonauts watched on a giant screen in the control room and burst into applause when the spaceship moored to the station's docking port.

The normally quiet event drew the greatest media attention in years, with a multinational crowd of journalists buzzing around the cavernous room.

The Progress brought about 2.5 metric tons (2.75 tons) of fuel and other supplies, including food, 70 liters (18.5 gallons) of water and parcels for U.S. astronauts Kenneth Bowersox and Donald Pettit and Russian cosmonaut Nikolai Budarin.

Semyonov said that U.S. and Russian space officials are now pondering ways to run the orbiting complex during the break in shuttle missions. Shuttles can carry payloads many times heavier than the Progress' capacity of 2.5 metric tons (2.75 tons).

"We are OK on food and fuel," said Semyonov. He said that "the most critical situation is with water ... since in the past U.S. space shuttles have delivered a lot of water."

However, there is a water regeneration unit on the station, and mission control spokesman Valery Lyndin said the crew has sufficient reserves of water to last until the next Progress supply mission, set for June.

Mission control chief Vladimir Solovyov said a Soyuz spacecraft is set to blast off for the station in late April to bring up a replacement crew. The current crew will return to Earth then or in early May, he said.

Cosmonaut Pavel Vinogradov said the next crew would likely include just two men, instead of the usual three, and that they would remain in orbit for six months instead of four.

In the past, U.S. shuttles have ferried long-term crews to the station, while Russian rockets have carried cosmonauts and space tourists on short visits, using a fresh Soyuz craft and leaving it behind as an emergency lifeboat for the station's crew.

The Columbia disaster has sparked fears in Russia that NASA may decide to suspend work on the station and leave it temporarily unmanned — a prospect that would leave Moscow without a manned space program for the first time since it put the first man into space in 1961.

"We must do everything to prevent the collapse of the international space station project, which is an accomplishment of all mankind," Russian Foreign Minister Igor Ivanov said Tuesday at the Khrunichev space center, the nation's top rocket manufacturer.

Ivanov, who headed to New York for a U.N. Security Council session Wednesday on Iraq, said he would emphasize the need to push ahead with space cooperation in meetings with U.S. officials.

"The loss of the space shuttle Columbia is our common tragedy," Ivanov said. "But we must get over this tragedy and continue joint space research."

Russia must send two Soyuz capsules and three Progress supply ships to the station each year under an agreement with partners in the project. Without shuttle missions, up to six Progress ships will be needed to continue running the station, Russian Aerospace Agency Director Yuri Koptev said, according to the Interfax-Military News Agency.

One Progress costs about 700 million rubles (US$22 million), a price Russian officials have said will have to be picked up by their partners if extra ships are needed.

Although it normally takes two years to produce a Soyuz or a Progress, Semyonov — the head of RKK Energiya, which makes both spacecraft — said it can build them as quickly as needed if it gets paid.

Teen dies after being shot by classmate at Arkansas high school