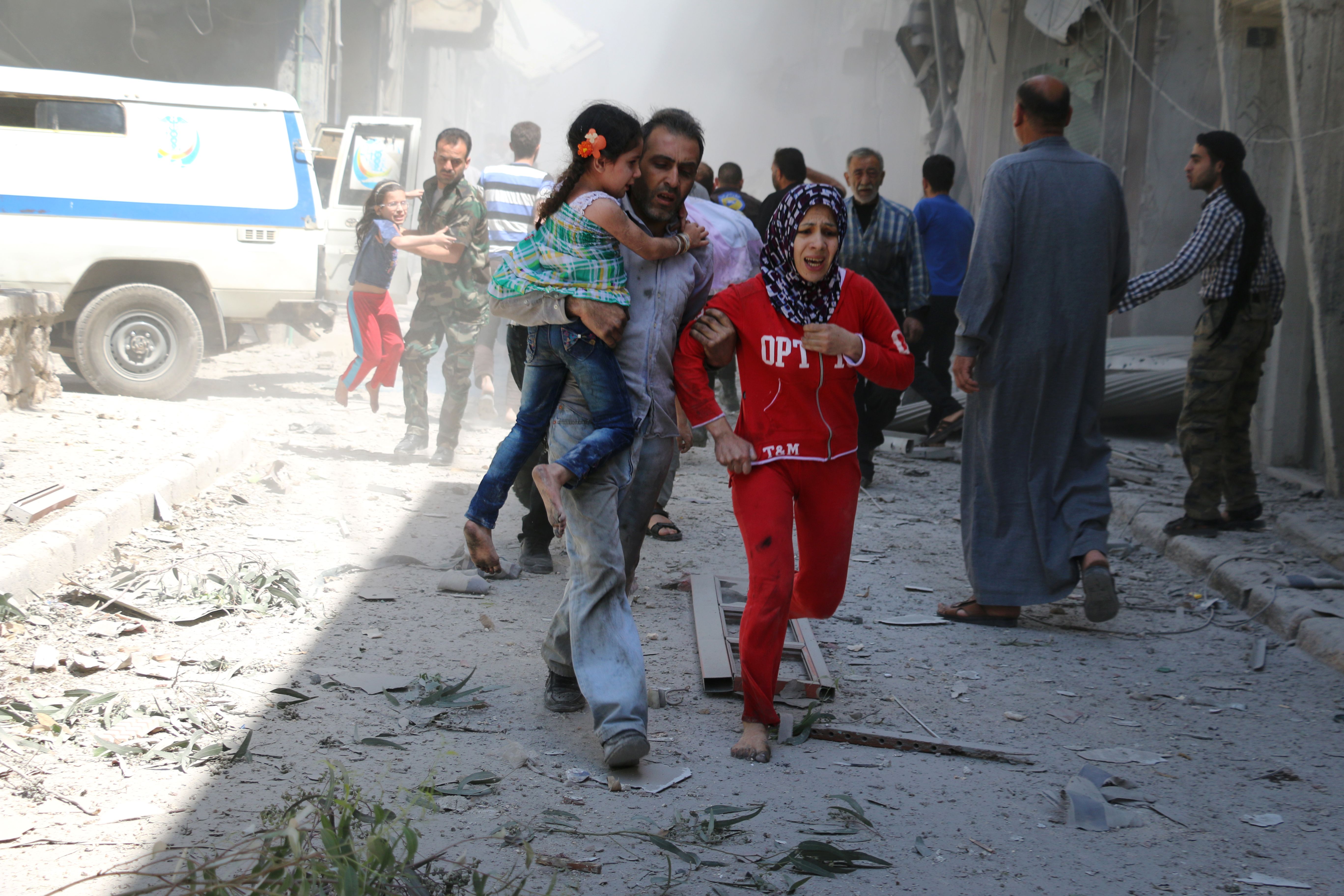 MOSCOW -- Russian Defense Minister Sergei Shoigu said Thursday that the Russian and the Syrian governments would open humanitarian corridors and offer a way out of Aleppo for Islamic State of Iraq and Syra (ISIS) fighters wanting to lay down their arms.

Syria's President Bashar Assad offered amnesty to rebels who surrendered to authorities over the next three months. Assad's decree also said that those who freed their captives would be exempted from punishment if they turn themselves in within a month, according to Syrian state-run news agency SANA.

Shoigu said Moscow would send a top general and experts to Geneva at the request of U.S. Secretary of State John Kerry to discuss the crisis surrounding the embattled Syrian city.

Syrian government forces and allied troops had tightened the noose on the main rebel enclave in the city of Aleppo, and humanitarian groups warned of a major catastrophe if the siege on the rebel-held parts of the city continued.

Shoigu said in televised comments Thursday that President Vladimir Putin had a "large-scale humanitarian operation" that would be launched outside Aleppo to "help civilians who were taken hostage by terrorists as well as fighters who wanted to lay down the arms." Shoigu mentioned three humanitarian corridors as well as food and first aid points outside the city.

On Wednesday, the Syrian army said it cut off the last supply route to east Aleppo and confirmed that the city was completely surrounded by Syrian forces, CBS News' Khaled Wassef reports. 250,000 to 300,000 people in rebel-held districts had been under siege for nearly 3 weeks.