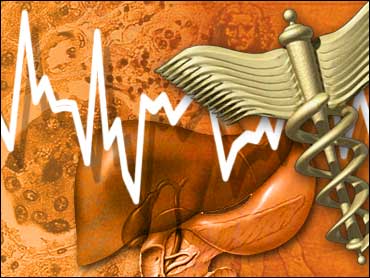 Attorneys for an HIV-positive man said the state's Medicaid program should cover his liver transplant because there is no evidence that otherwise healthy HIV-positive patients have a worse chance of surviving organ transplants than those who don't have the virus.

Attorneys for Lambda Legal and the AIDS Law Project of Pennsylvania are appealing a decision by the state's Medicaid program to not cover a transplant for William Jean Gough.

An administrative law judge conducted a hearing on Wednesday.

Attorneys asked the judge to expedite a decision because Gough might not be healthy enough to undergo a transplant if he waits much longer, said Hayley Gorenberg, AIDS Project director at Lambda Legal.

The judge is not likely to make a ruling until December.

"There have been similar cases in other states where, by the time a decision to not cover a transplant has been overturned, the patient is too sick to go through the transplant or dies," Gorenberg said.

The state Department of Public Welfare, which oversees the state's Medicaid program, will not comment on Gough's case until the judge makes a decision, said department spokeswoman Stephanie Suran.

Doctors diagnosed Gough, 46, with hepatitis C the same year they diagnosed him with HIV. Physicians warned Gough he might eventually need a liver transplant, and his condition significantly worsened in the last year, Gough said.

In August, Gough was deemed medically qualified for the transplant. Gough said he does not suffer from disabling HIV symptoms.

Officials initially told Gough the state Medicaid program could not cover his liver transplant because the surgery is experimental and not medically necessary, Gorenberg said.

But at Wednesday's hearing, attorneys for the state argued the Medicaid program cannot cover transplants for patients who have other life-threatening conditions, Gorenberg said.

Other HIV- and AIDS-infected patients have successfully campaigned to persuade insurers to cover transplant operations.

In October, Kaiser Permanente, one of the nation's largest health maintenance organizations, approved a kidney transplant for a Denver man with the AIDS virus, reversing an earlier decision.

Gough sees the cases as necessary steps in creating a better insurance system.

"If I don't live long enough to receive a liver transplant, someone behind me will benefit from my actions, my fight," Gough said.