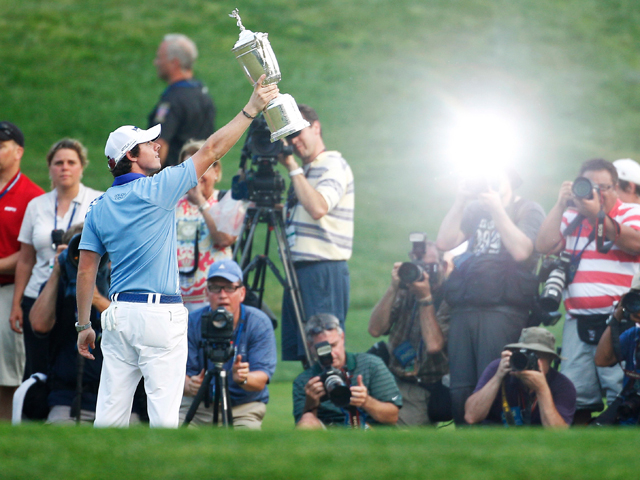 Twenty-two-year-old Rory McIlroy became the youngest U.S. Open winner ever this weekend. He also had the lowest Open score ever.

"I couldn't ask for more," he said later. "Just happy to be holding trophy!"

At the Masters, McIlroy entered the final round with a commanding lead, just as he did Sunday - but back then, he crumbled, shooting an awful 80 to finish in 15th place.

This time, he cruised. His victory -- by eight strokes -- was never in doubt - at least, not after he birdied the first hole. McIlroy finished the tournament with an amazing 16-under-par 268.

And, says "Early Show" co-anchor Jeff Glor, it has tongues wagging - with the name Tiger Woods being mentioned over and over by many golf experts and fans.

Glor says McIlroy's performance was "the kind of play we expected all along" after meeting McIlroy two years ago, after he'd won his first pro tournament.

McIlroy already had what Glor described as a "swing to envy."

The comparisons to Woods were already beginning.

"Probably not," McIlroy responded. "I don't know how good I'm gonna be in five or ten years time. If I can win half the events that Tiger has, I'll be very happy."

McIlroy may, Glor days, be on the precipice of inheriting the mantle of best player in the world, a spot Woods has seemingly left vacant.

And one who is, Glor says, very modest, at that.