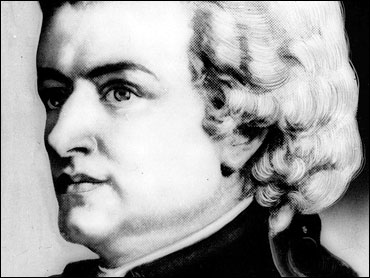 Lou Piniella likes what he's seen of Boom Boom Geoffrion's grandson in his first 20 games with the Seattle Mariners. And Piniella doesn't even know all that much about hockey.

giving him playing time and experience and he's making the most of it," the Seattle manager said Monday night after Shane Monahan's first major league home run gave the Mariners a 3-1 victory over the Boston Red Sox.

Monahan's two-run shot in the seventh inning came in his 20th game, giving Ken Cloude (6-7) the victory and John Wasdin (5-4) the loss.

"That was great," Cloude said. "It just goes to show you if you keep your team in the game that eventually they're going to get a run for you."

Monahan, whose famous grandfather is in the NHL Hall of Fame, is one of 59 left fielders to play alongside Ken Griffey Jr. since Griffey arrived in Seattle in 1989. He hopes there won't be a 60th.

"That was unbelievable," Monahan said of his homer. "I've been waiting for it. Better yet, we won."

Monahan had a line drive over the right-field fence off Wasdin to break a 1-1 tie. Wasdin hit Jay Buhner with a pitch to open the inning.

It wasn't like a slap shot of yesteryear by Geoffrion, but it worked.

"It takes a while to think you belong," said Monahan, 23. "In my mind, I still have to prove I deserve to be here."

"He's done a nice job here," Piniella said of Monahan, called up from Triple-A Tacoma after the All-Star break when the Mariners put Glenallen Hill on waivers.

"He's played very well in the outfield and we're going to be patient with his hitting," Pinielladded.

Wasdin was disgusted with himself for letting Monahan beat him.

"I worked so hard against getting the Griffeys and the Edgars and the Jays and the Rodriguezes out," he said, referring to Seattle's Griffey, Edgar Martinez, Buhner and Alex Rodriguez.

"It was a changeup right down the middle. Just mislocation," Wasdin said.

Cloude won his thrid straight decision. He gave up five hits in eight innings, striking out three and walking three.

"He pitched a great ballgame," said Boston's Mo Vaughn, who went 0-for-4 and struck out twice against Cloude to have a 10-game hitting streak ended. "He deserved to win."

After Cloude walked Darren Lewis to lead off the eighth, Piniella came out to talk to him.

Mike Timlin pitched the ninth for his seventh save.

The Red Sox lost for the second time in seven games on their West Coast road trip.

The Red Sox took a 1-0 lead in the fourth when Troy O'Leary homered off the facing of the third deck in right field.

The Mariners tied it in the bottom half on David Segui's single, Buhner's ground-rule double that hopped the fence in left-center field and Russ Davis' sacrifice fly.

Griffey, who leads the AL with 41 homers, went 1-for-4 and did not homer for his fourth game in a row. Griffey has hit two homers in 17 games since hitting two on July 14.