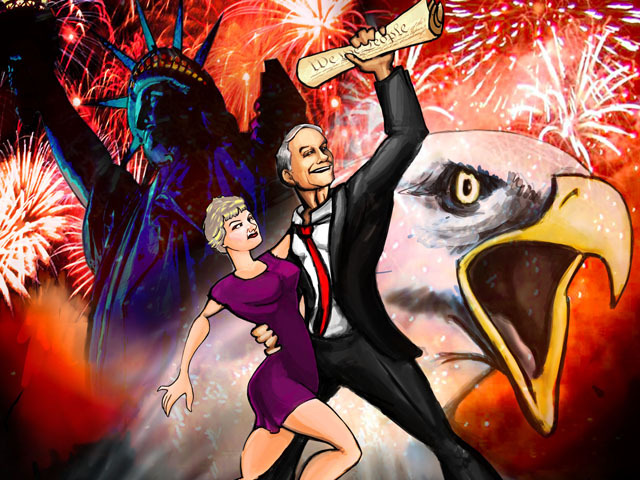 (CBS News) Ron Paul will soon put the smack down on the Federal Reserve - in a video game, that is.

"The Road to REVOLution" is a "side-scrolling platformer action/adventure game, reminiscent of console classics like Super Mario Brothers and Sonic the Hedgehog."

The goal of the game is for Paul to become the President of the United States and shut down the Federal Reserve. In the game you play as Paul, who has to go through all 50 states to collect gold and delegates.

Delegates earn Paul the title of President, while gold coins unlock branches of the Federal Reserve. Expect proper "baddies," as there are 13 boss fights in the game. Video game developer Daniel Williams told CBS News that one of the "baddies" will be British economist John Maynard Keynes.

So how does one make a Ron Paul video game? Williams posted a project on the crowd funding site Kickstarter. The site works by setting a monetary goal. If the goal is reach, the project is funded.

Williams ask for $5,000 to pay for cost related to developing the game. The idea of Paul as a video-game hero must be popular because Williams hit his goal within three days. While Williams says there is no official timeline for the game's development, he hopes to deliver the beta to in mid-June, with an official release in July.