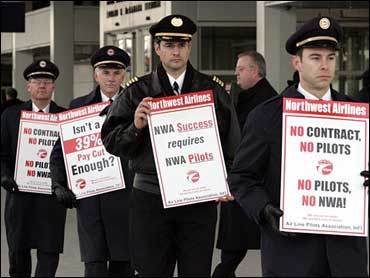 Kenny Rogers' pitching sure wasn't a problem in his debut with the New York Mets. His hamstring was.

Rogers allowed one hit in six innings before leaving with a slightly pulled right hamstring and the Mets rallied with seven runs in the eighth inning to beat the Pittsburgh Pirates 9-2 Wednesday.

"I wanted to go out and make a good impression," said Rogers, who only allowed an unearned run. "This team was good before I got here and I don't want to disrupt that. I just want to contribute."

Edgardo Alfonzo went 3-for-4 with a homer and three RBIs and Robin Ventura also homered for New York. The Mets, who have won 11 of 14 games since the All-Star break and are a major league best 34-14 beginning June 6.

But the story of the game was Rogers, with his precision on the mound and the concern over his health. Manager Bobby Valentine admitted he was nervous watching his newest pitcher during the game and cautious about the injury afterward.

"The eyes don't lie. You could tell he was limping out there," Valentine said. "I think we were lucky to get through this. We obviously need him long-term. I hope he can make his next start."

With six starters and two days off in the next eight days, the Mets have the luxury to be cautious with Rogers. But after icing the hamstring, Rogers said there is no reason for concern.

"I made it through today and this was the hardest," he said. "It's no worse off than before I pitched."

Rogers injured the hamstring last week, before being traded from Oakland to New York for two minor leaguers. He said it was nearly 100 percent before the game, but he could feel it tighten any time he move Wednesday.

"I could tell in his delivery that he wasn't really firing off on his pitches," catcher Todd Pratt said. "It might have actually calmed him down a bit, being back in New York for the first time. He didn't over exert himself."

Rogers' second stint in New York began a lot better than the first one ended. Rogers allowed only a single to center by Kevin Young in the first inning and an unearned run in the sixth.

In his last start at Yankee Stadium on Sept. 18, 1997, Rogers allowed six runs in six innings to Detroit. Less than two months later, he was traded to Oakland, ending a tumultuous two-year stint during which many questioned whether he could handle the pressures of New York.

He did just fine in his Mets' debut.

"Kenny's a warrior," Valentine said. "He went out there and did what he had to do. He held them to one hit and kept them at bay. He did what we expected him to do."

Rogers worked quickly, using only 82 pitches and recording 12 of 18 outs on the ground. Rogers' sinker and a Mets' starting infield that has made just 19 errors three fewer than Pirates third baseman Ed Sprague make for a perfect combination.

"He's a great acquisition for them," Pirates manager Gene Lamont said. "They have a great infield and he gets you to hit balls on the ground."

Rogers lost a chance for the win when Dennis Cook (9-2) allowed a solo homer to pinch-hitter John Wehner in the eighth inning. Rogers has 12 no-decisions in 20 starts this season.

New York rallied to win it in their half. Alfonzo led off with a single off Marc Wilkins (2-1). John Olerud followed with a single off Jason Christiansen and one out later Benny Agbayani hit a ground-rule double over the wall in right-center to snap a 2-2 tie.

After an intentional walk to pinch-hitter Rickey Henderson loaded the bases, Christiansen hit Todd Pratt with a pitch to score a run. Rey Ordonez followed with a two-run single, Roger Cedeno had an RBI single and Alfonzo added a two-run single to cap the Mets biggest inning of the season.

"They basically put it to us," Sprague said. "They turned a good ballgame into a laugher."