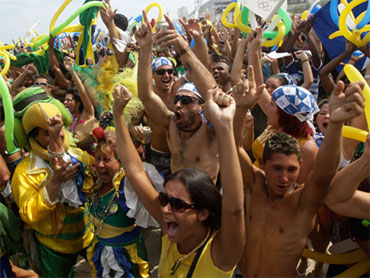 Rio de Janeiro's mayor says the city has a tough battle combating security problems ahead of the 2016 Olympics.

The challenges facing mayor Eduardo Paes were underscored by a wave of violence over the weekend which left 14 people dead.

Paes said Monday that Rio has "never hidden our problems."

He told the Global Sports Industry Summit: "We still have a long way to go and what happened this weekend showed that."

A firefight between rival gangs Saturday in a city slum killed at least 12 people and saw a police helicopter shot down. Two suspected drug traffickers were killed in another slum.

Rio was awarded the games earlier this month.