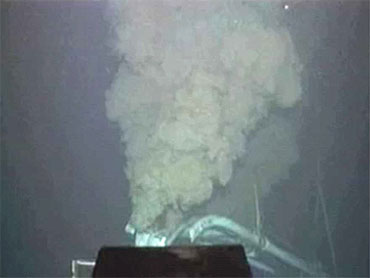 NEW ORLEANS - The owner of the rig that exploded in the Gulf of Mexico is refusing to honor subpoenas from a federal board that has challenged the company's involvement in monitoring the testing of a key piece of equipment that failed to stop the oil spill disaster.

Transocean said the U.S. Chemical Safety Board does not have jurisdiction in the probe, so it doesn't have a right to the documents and other items it seeks. The board told The Associated Press late Wednesday that it does have jurisdiction and it has asked the Justice Department to intervene to enforce the subpoenas.

Last week, the board demanded that the testing of the failed blowout preventer stop until Transocean and Cameron International are removed from any hands-on role in the examination. It said it's a conflict of interest. The request is pending.

Testing at a NASA facility in New Orleans is on hold for the holidays anyway and isn't expected to resume until Jan. 10, according to officials monitoring the tests and a status update distributed to interested parties.

Besides documents, the board said Transocean has also denied it access to witnesses - specifically a half-dozen of the rig company's employees the board wants to question.

The jurisdiction dispute surrounds whether the Deepwater Horizon rig was a stationary unit or a mobile vessel. The rig exploded on April 20, killing 11 workers and leading to more than 200 million gallons of oil being released from BP's undersea well, according to government estimates

The board's primary jurisdiction to investigate serious chemical accidents and make recommendations involves hazardous releases to the air by fixed industrial facilities. The board's managing director, Daniel Horowitz, asserted in an interview that the rig was tethered and not functioning as a moving vessel at the time of the accident, making it a stationary site.

Transocean argued in a Dec. 2 letter to the Chemical Safety Board that was obtained by the AP that because its rig was a mobile offshore drilling unit, it was a vessel, and not fixed.

Horowitz said the Interior Department indicated months ago that it thought the board had jurisdiction, and he noted that the well that blew out was a fixed unit and that his agency has been allowed to monitor the blowout preventer testing. But he also acknowledged that more recently the board has heard contradictory statements about its jurisdiction from aides to the director of the Bureau of Ocean Energy Management, Regulation and Enforcement.

The blowout preventer was raised from the seafloor on Sept. 4, and testing began Nov. 16. Technicians have mostly been disassembling it so far and have made no determination about why it didn't work.

Blowout preventers sit at the wellhead of exploratory wells and are supposed to lock in place to prevent a spill in the case of an explosion.

The safety board complained in a letter to the BOEMRE last week that having Transocean, which maintained the blowout preventer, and Cameron, which made it, involved hands-on in the forensic analysis undermines the investigation's credibility.

An employee of Transocean has been removed as a consultant for the Norwegian firm conducting the testing, but the ocean energy bureau has said that otherwise the companies have provided their expertise appropriately. The safety board claims conflicts still exist. Transocean has said the accusations are "totally unfounded."

A Joint Investigation Team that includes BOEMRE personnel is leading the blowout preventer probe along with the U.S. Coast Guard.