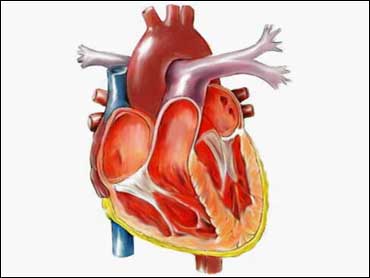 It looks like a scene from a science fiction movie: a robot operating on the human heart.

But the DaVinci surgical system is now part of real life, as WCBS-TVs Paul Moniz reports.

It offers promise in reducing complications, pain and recovery time to as many as 700,000 Americans who undergo heart surgery annually. The method is used widely in Europe and is now in Food and Drug Administration trials at three United States hospitals.

Hani Shennib, a cardiac surgeon at New York's Beth Israel Medical Center, is the master of a $1 million, three-armed, seeing-eyed robot surgeon, who has been dubbed, "Morton."

"This is a slave instrument," Dr. Shennib says in describing the six-foot, five-inch goliath. Dr. Shennib uses his hands and feet to send Morton commands from a remote console.

Beth Israel will put Morton to work for 30 trial heart bypass surgeries. The robot has so far performed two operations.

In a traditional bypass, a patient's heart is stopped, the chest bone is sawed and pulled apart so doctors can first harvest healthy arteries and veins before grafting them to the heart.

The procedure is considered safe but the trauma on the body can require weeks of recovery.

Owen Kane of Brooklyn underwent the traditional surgery last week and now has a 12-inch scar across his chest. He is still sore from the operation.

"For a while, it felt like someone was standing on my chest," he says.

By contrast, in the robotic procedure, patients are not hooked up to a heart and lung machine and the patient's heart is not stopped. Rather than a large cut, surgeons make three small incisions the diameter of a pencil. A 3-D camera goes in one incision and the robot's two arms in another.

The system translates the surgeons' actual hand movements into precise micromovements inside the patient. The robot frees a chest artery and drags it down over the heart. Surgeons then manually sew the artery onto the heart through a small fourth incision.

Amazingly, patients can leave the hospital as early as 24-hours after the surgery.

Instead of open heart bypass, Eugene underwent the minimally invasive, single bypass surgery with the DaVinci surgical system. He made it through the three-and-a-half hour operation without any complications.

The TV station points out that because robotic bypass surgery is still in FDA trials, it is not widely available to the public. It is only being tested for single, not multiple, bypasses.

However, the FDA could approve single bypass surgery by the end of the year. The administration has already approved the procedure for abdominal operations.

Patients in the FDA's study do not pay for the procedure. If it is approved for heart bypass surgery, the procedure will cost between $15,000 and $25,000 dollars, about the same as a traditional bypss. Insurance companies are expected to cover it.