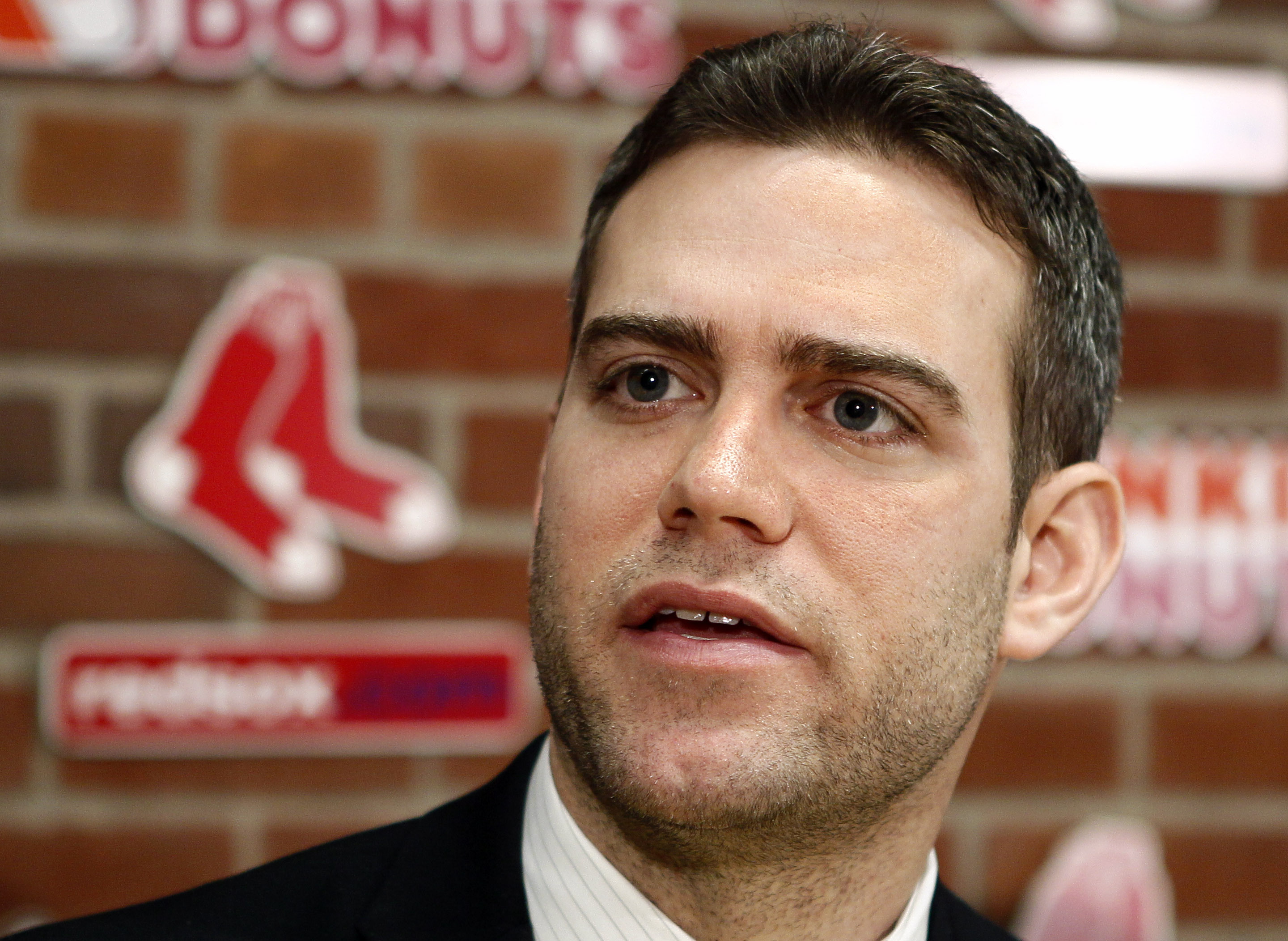 Red Sox general manager Theo Epstein has agreed to a five-year deal with the Chicago Cubs worth between $15-$20 million deal, multiple media outlets have reported.

Sources tell ESPN's Buster Olney that the contract includes the Cubs picking up the conclusion bonus in Epstein's Boston deal. Meanwhile WEEI.com reports the deal will be finalized by the end of the week - pending compensation for the Red Sox - and that the Cubs have not yet decided on a title for Epstein.

Earlier, The Boston Globe reported the deal wasn't done, but that Epstein's "interest in the Cubs has progressed to a point where the expectation is that he will leave."

The Cubs fired general manager Jim Hendry on Aug. 19 and finished 71-91. They have been pursuing Epstein, who just finished his ninth season with Boston. The Red Sox missed the playoffs following a record collapse, going 7-20 in September and finishing at 90-72.

Epstein would be going to a Cubs franchise that hasn't won the World Series since 1908. Boston hadn't won a championship since 1918 until doing it in 2004, Epstein's second year as general manager. The Red Sox also won it all in 2007.

The Boston Herald first reported that Epstein "is on the cusp" of leaving the Red Sox for a position with the Cubs and that an announcement was expected within 24 to 48 hours.

Earlier, the Cubs declined to comment on the Herald report.

The 37-year-old Epstein has one year left on his contract with the Red Sox. There was no word on whether they were asking for compensation from the Cubs.

His expected departure would be the latest in the wake of Boston's disastrous finish. On Sept. 30, two days after the Red Sox were eliminated from playoff contention on the final day of the regular season, Terry Francona's eight-year stint as manager ended.

The Red Sox had two years of options on Francona, but he said during a meeting the morning of Sept. 30 with Epstein and team owners John Henry and Tom Werner that he thought the club needed "a new voice" after problems arose in the clubhouse.

If Epstein does leave, CBSSports.com's Evan Brunell says Boston should replace him with someone from within the organization.

"There are really only two clear candidates for the GM job internally -- that being (assistant GM Ben) Cherington and assistant to the GM Allard Baird, who formerly ran the ship in Kansas City," Brunell writes. "Boston needs to stay internal because the internal processes Epstein set up are the reason why the Red Sox have become a powerhouse and a player-development machine."

Through Sept. 3, the Red Sox held a nine-game lead over the Tampa Bay Rays for the AL wild card. The teams were tied in the standings going into the final day of the regular season. The Red Sox lost to Baltimore 4-3 a few minutes before the Rays beat the New York Yankees 8-7 in 12 innings to gain the playoff spot.

"This is one for the ages, isn't it?" Epstein said moments after the Rays won.

No team has blown a bigger lead in September and missed the playoffs. Boston did not win consecutive games at any point in the month.

It was a startling fall for the Red Sox and Epstein, who attended Brookline High School close to Fenway Park and became baseball's youngest general manager ever at 28 years, 11 months when he was appointed on Nov. 25, 2002.

But he's been criticized for giving long-term, costly contracts to free agents J.D. Drew, John Lackey and Carl Crawford, none of whom came close to meeting expectations.

One of Epstein's highest priorities could be determining the future of manager Mike Quade, who has one year left on his two-year contract.

Oneri Fleita, the Cubs' player personnel director under Hendry, and director of scouting Tim Wilken already have been retained by owner Tom Ricketts.

Also to be determined is the future of the emotional Zambrano. He cleaned out his locker and talked about retiring after giving up five homers and being ejected during a loss to Atlanta on Aug. 12. He was suspended for 30 days without pay and then it was decided he would sit out the rest of the season one year after undergoing counseling following an outburst in the dugout against teammates.

Ricketts has been impressed with the Red Sox model and how they overhauled Fenway Park and increased revenue streams by adding seats above the Green Monster in left field and other parts of the stadium. Fenway is the only park in the majors older than Wrigley Field.

Ricketts said he was seeking a general manager who could use the new statistical and analytical data in baseball in conjunction with traditional scouting, a description that fits Epstein.