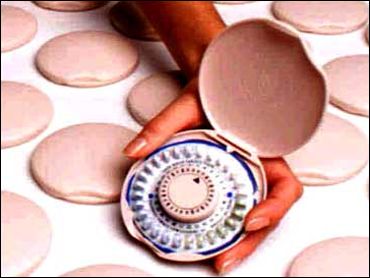 A new report suggests that while women taking birth control pills—even the newer, low-dose forms—are at higher risk of stroke, that risk is outweighed by the contraceptive benefits of the pills.

The report, an analysis of 16 previous studies, is in Wednesday's Journal of the American Medical Association.

The low-dose forms, taken by most of the more than 10 million U.S. women using oral contraceptives, contain less estrogen than the pill introduced 40 years ago and are thought to be safer.

Still, women taking them were nearly twice as likely as non-users to suffer a stroke, while women using higher-dose pills faced nearly a threefold risk.

However, since strokes are so rare in women of reproductive age, the risk translates to only one additional stroke yearly per 24,000 women for low-dose pill users and one per 12,000 women for higher dosages, the report concludes.

The risks were associated with current rather than previous use.

Strokes are a known risk factor for higher-dose pills but previous research had been less clear about lower dosages—pills with less than 50 micrograms of estrogen, said Dr. S. Claiborne Johnston, a co-author of the report and assistant professor of neurology at the University of California at San Francisco.

"The key is about whether this risk matters," given how effective the pill is at preventing pregnancy, Johnston said.

If oral contraceptives were replaced by condoms, an estimated 687,000 additional unintended pregnancies would result each year, the study authors said.

Some of those women likely would have abortions, and those who didn't would face health risks associated with pregnancy plus "major psychological and economic consequences" of unintended children, Johnston said.

Stroke risk linked to the pill thus appears to be outweighed by its benefits, the authors wrote.