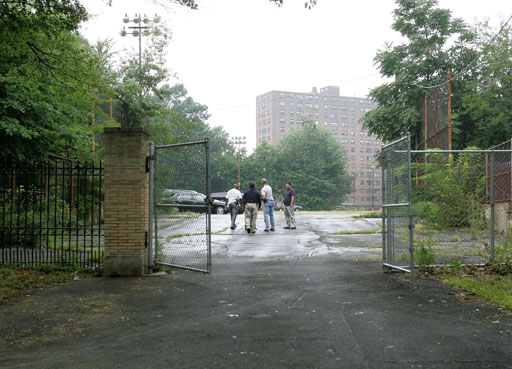 The federal agency that checks compliance with gun laws inspects only about 4.5 percent of the nation's federally licensed gun dealers each year, far below the agency's own goals, according to a Justice Department review released Monday.

At that rate, it would take the Bureau of Alcohol, Tobacco, Firearms and Explosives 22 years to inspect all 104,000 federally licensed gun dealers, according to the review by Glenn A. Fine, the Justice Department inspector general. ATF's goal is to check each dealer once every three years.

Gun dealers are supposed to be able to account for all firearms they have bought and sold and to report to the government all sales of multiple weapons as well as all thefts of firearms. The inspections are intended to ensure dealers comply with these and other rules.

The Justice Department review also found that ATF often relies solely on a telephone call to check applications of the nearly 8,000 new firearms businesses each year and that the ATF does not adequately use crime data to target businesses for inspection that may show indications of illegal gun trafficking.

ATF also rarely revoked federal firearms licenses — only 54 such revocations occurred in 2002 out of some 1,800 inspections — and it often takes more than a year for the agency to successfully revoke a license.

"A consistent and timely inspection process is essential to identify and respond to any dealers who are violating the law and also to reduce the availability of illegal firearms to criminals," Fine said. "Our review found significant areas in the ATF's inspection program that need improvement."

The review made nine recommendations for changes in the inspection process, including better staffing requirements, development of a tracking system for license revocations and improved use of gun tracing capabilities. ATF has accepted most of the recommendations, Fine said.

In a written response, ATF Director Carl Truscott said the agency is committed to improving its inspection process so that "firearms are not diverted from the legal to the illegal market, and that corrupt (dealers) are put out of business."