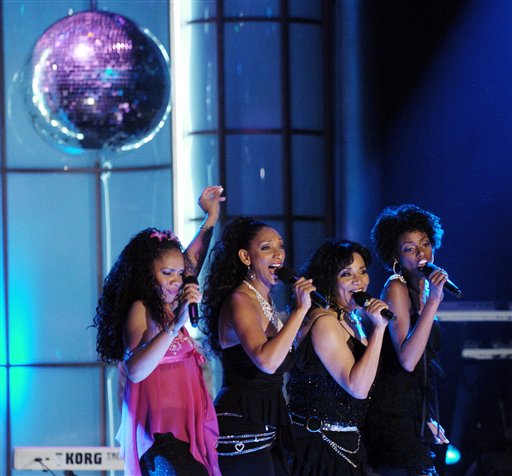 This column from The American Prospect was written by Stephanie Mencimer.

When supporters of "class-action reform," which passed in the Senate last week, talk about the alleged horrors of class-action litigation, they frequently hold up the tiny, impoverished, and mostly black Jefferson County, Mississippi, as Exhibit A. "Reformers" allege that current state laws allow plaintiffs' lawyers to "forum shop" for a friendly court, such as Jefferson County, where the itty-bitty courthouse doesn't even posses a computerized docketing system -- yet where Circuit Court Judge Lamar Pickard has presided over a number of multimillion-dollar, mass lawsuits filed against some of the nation's biggest corporations. The American Tort Reform Association has dubbed the court a "judicial hellhole."

The new class-action bill would circumvent Pickard, a former member of the Mississippi Trial Lawyers Association board of governors, and push most mass torts to the federal district court level. In Pickard's county, this might mean suits would go before a judge like Charles Pickering Sr., the recently retired U.S. District Court judge in the Southern District of Mississippi, who stated during his 2002 confirmation hearings that almost no employment discrimination cases that come before the federal courts have merit.

The business community, led by the U.S. Chamber of Commerce, contends that the federal system will bring "common sense" and "balance" to the world of mass torts. They argue that class actions -- lawsuits involving hundreds and thousands of similarly harmed plaintiffs -- that have plaintiffs from multiple states and national implications should be heard in federal court, not by local yokels like Pickard.

On its face, the notion that the federal court will somehow bring a rational voice to a patchwork of different state court forums seems logical. Lost in the debate, though, is the viewpoint of those federal judges. Led by U.S. Supreme Court Chief Justice William Rehnquist, the Judicial Conference of the United States -- the formal organization of federal judges -- has officially opposed the bill in letters to Congress, primarily because it believes that cases involving state law should remain in state courts; most class actions are based on state, not federal law.

Ten years ago, in its long-range plan, the Judicial Conference stated emphatically: "If federal courts were to begin exercising, in the normal course, the broad range of subject-matter jurisdiction traditionally allocated to the states, they would lose both their distinctive nature and due to burgeoning dockets, their ability to resolve fairly and efficiently those cases of clear national import and interest that properly fall within the scope of federal concern."

Indeed, one reason that most class actions are now filed in state courts is a string of U.S. Supreme Court rulings in the mid-1990s that questioned whether the federal courts were the proper venue for resolving mass tort litigation based, as most is, on state consumer protection or anti-fraud statutes. Critics of the class-action bill argue that these same decisions will prevent judges from allowing state class actions to go forward in federal court, thus making the class actions impossible to bring at all.

The federal judges' opposition to the class-action bill is also partly based on money. In 2004, the federal courts saw a nearly 10-percent increase in new filings over the previous year. At the same time, the courts laid off nearly 1,000 employees due to restricted budgets, and the judges have insisted that court backlogs will only grow with the new responsibilities for state class actions. At a House Budget hearing last year, Chief Judge John G. Heyburn II, chair of the Judicial Conference's budget committee, testified, "The courts' workload and the resources provided to handle that workload are headed in opposite directions."

Federal judges generally don't take a position on pending legislation individually. Several contacted for this story, in fact, weren't even aware that the class-action bill was so close to passage, and none had actually read the bill. Nonetheless, they recognize some of the potential difficulties. "If Congress thinks this is the work that we should be doing, we'll do it," says Ninth Circuit Court of Appeals Judge Alex Kozinski. "I would only caution that if Congress wants us to do more work, it will have to give us more resources."

Indeed, the Congressional Budget Office estimated that the new class-action law would cost the federal courts about $6 million a year but did not assess the cost of the additional judges it suggested would be needed if the bill passed. Congress has not allocated any more money to the courts to handle the new class-action workload.

The courts' ability to manage the new class actions is one reason why critics of the bill suspect that it was designed simply to keep such cases out of court altogether. "This is a major effort by big corporations to transfer jurisdiction from state courts, where there is relatively quick resolution of people's claims, to the dark hole of the federal judiciary, which doesn't want them," says West Virginia State Supreme Court of Appeals Judge Larry Starcher, whose court will be losing authority for many class actions under the new law. "It will be the end of class actions." Starcher notes that the West Virginia state courts aren't exactly flush, but he believes they are much better equipped to handle the state class actions than the federal court. "As a trial court judge, I tried about 20,000 individual asbestos cases. I know a little about mass litigation," he says.

But some plaintiffs' lawyers who will be impacted heavily by the bill are not entirely convinced that federalizing class actions will eliminate them. "I think this is a classic case of 'Be careful what you ask for,'" says Elizabeth Cabraser, a prominent California plaintiffs' attorney who specializes in mass litigation. "I'm a great believer in the federal judiciary. They are going to certify meritorious cases. Federal judges are not political hacks. This is an added burden that's being put upon them, but they'll deal with that. I think federal courts won't go along with any purported plan to sabotage class actions."

Despite his opposition to the bill, Starcher, too, suspects that corporations may be surprised to discover that plaintiffs' lawyers will find a way around it. Indeed, some plaintiffs' attorneys have already observed that under the new law, corporate defendants could end up fighting a lot more litigation, rather than less. The bill forces class actions into federal court if fewer than a third of the plaintiffs are from the same state in which the case was filed (for instance, if the suit was filed against a company in the state where it is headquartered, but many of the injured parties live elsewhere). Lawyers could simply file smaller class actions in many states -- with only state residents as plaintiffs, rather than one national case -- forcing the company to defend itself in far more forums.

There are even signs that the new system could prove as costly as the current patchwork. In Texas, where class actions have become harder to bring, one enterprising attorney -- legendary tobacco lawyer John O'Quinn -- has brought a host of lawsuits over the diet drug "fen-phen" one case at a time, rather than consolidating them into a class. In one of those cases last year, O'Quinn won a $1 billion verdict -- for a single plaintiff.

Stephanie Mencimer is an Alicia Patterson fellow and a contributing editor at the "Washington Monthly."
By Stephanie Mencimer
Reprinted with permission from The American Prospect, 5 Broad Street, Boston, MA 02109. All rights reserved