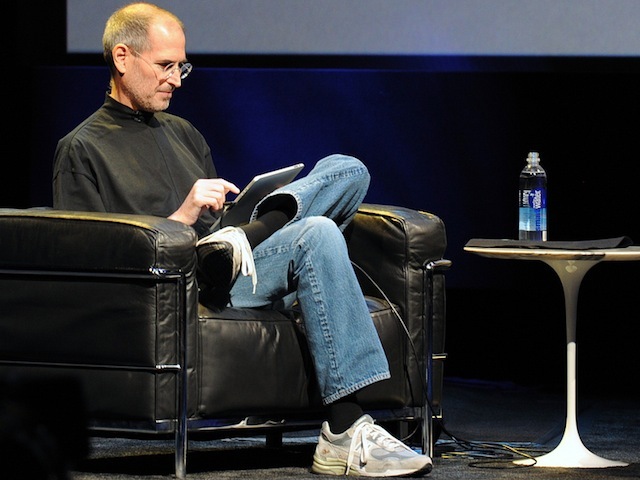 COMMENTARY The first and perhaps most important lesson I learned in business is that not a whole lot of what they teach you in school matters. That's because most of what you learn in school is theory. The real world is, well, reality. And there's a world of difference between the two.

In "Where does innovation come from?" we talked about what Malcolm Gladwell calls the Creation Myth: that an innovator may not be the guy who comes up with the idea but the guy who turns that idea into something people can use.

That's because value comes from practical solutions to real-world problems. And while it takes ideas and speculation to characterize problems and come up with possible solutions, very few of us actually have that in our job description. Even if you do, success is measured by how quickly and effectively you can turn those concepts into products and services people will pay for.

Here are some real-world examples of why, if you want real rewards, you should keep your ideas real:

In college, I learned all sorts of stuff about physics. In grad school, I learned to apply that to electrical engineering. But in my first job at Texas Instruments (TXN) -- in the real world -- I designed complex semiconductor chips using sophisticated software and tools that nobody mentioned in college.

We used to joke about it all the time at TI, that Ohm's Law, V=IR, was the only thing we learned in school that we ever used at work. Okay, that's sort of an inside joke for engineers, but it bears mentioning that Georg Simon Ohm, whose work set the foundation for circuit theory, was primarily home-schooled and self-taught.

Today, more than 30 years since I designed my first chip to receive something called Navstar GPS signals from satellites that wouldn't even be in orbit for years to come, it's interesting to note that the Global Positioning System was originally funded and designed for national defense, not for commercial use.

Back in the 90s, there was a microprocessor company named Cyrix. Personal computers cost about $2,500 a piece back then. One of the company's cofounders was an incredibly innovative guy who came up with all sorts of brilliant but practical solutions to things.

While the product marketing people ran around in circles with all sorts of dumb ideas they pulled out of their theoretical behinds, this guy put together a skunk works group in Colorado that modified an old microprocessor architecture and built the world's first sub-$1,000 and, later on, sub-$500 PC.

That was the beginning of computers coming down in price. With a tiny fraction of what Intel (INTC) spent designing a microprocessor, this guy changed the world.

Before Apple (AAPL) entered the MP3, smartphone and tablet markets, those products had been around for a long, long time. Years and years. The pundits all thought it was a terrible idea for Apple to attempt to penetrate those mature markets. At least, that was the theory. Well, Apple's breakthroughs in those markets had nothing to do with speculation or hypothesis. Apple figured out what people wanted to do and built products for them that did those things and did them flawlessly. Period.

Battery technology: Who needs it?

If you haven't heard about the partnership between Duracell and Powermat, you soon will. Since we're doing so much with portable devices and there's less and less space for batteries, the idea is to provide charging stations everywhere you go. You'll just plop your phone down on a Powermat in your car, at the airport, in a Starbucks, wherever, and it'll charge using magnetic induction, just like your electric toothbrush has for years. The technology's straightforward; it's just a simple, practical way to solve a huge problem we all have.

What's happening? In 140 characters or less

The viral success of Twitter, Facebook, and now Pinterest weren't about big, over-the-top ideas, but entrepreneurs just doing what they thought was really cool. The same is true of Yahoo (YHOO) and Google (GOOG).

Who would have thought you could make PCs so cheap, that people would buy cell phones that were so expensive, or that you could express so much in 140 characters or less? None of it makes much sense, in theory. Nobody thought a dedicated search company made any sense either; Yahoo could have bought Google for $5M. Who knew?

Look, I can go on and on with examples, but the point is this. In the real world, practical trumps theoretical every time. So keep your ideas real and the rewards will be real, too.