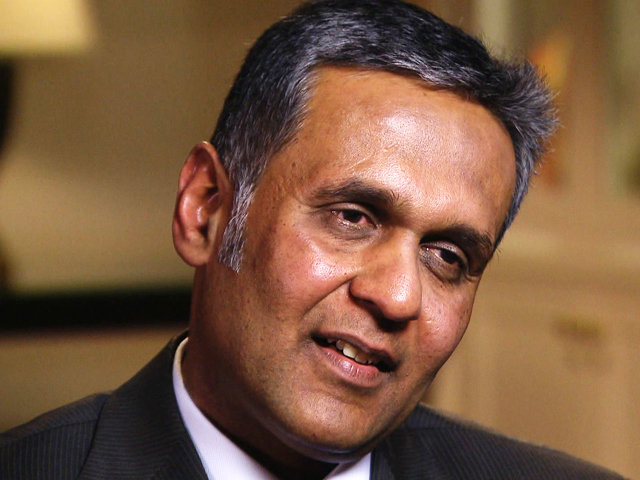 (CBS News) Among the drugs prescribed to Americans, 80 percent are generic drugs, and 40 percent of drugs are now made overseas in countries such as China and India where U.S. oversight is weaker.

Recently, CBS News' senior correspondent John Miller has been looking at one of those companies -- Ranbaxy.

Dinesh Thakur, an American-educated chemical engineer, was hired by Ranbaxy, back in 2003. He would later become a whistleblower, exposing massive fraud by the generic pharmaceutical giant, a company that sold Americans drugs like the generic version of Lipitor. His information led to Ranbaxy pleading guilty to seven felonies in a U.S. court in May, and pay $500 million in fines and settlements.

"The expectations is the drug's supposed to work as intended," Thakur said. "What we saw in this particular case is that trust was broken."

Thakur began looking into Ranbaxy while he was still an executive there in 2004.

Miller asked, "When you asked for the data, it was a black hole?"

Thakur said, "It was a lot of trying, like pulling teeth."

Generic drug companies, such as Ranbaxy, have to prove their drugs are "bioequivalent," which means they have the same effect as the brand name. Thakur found Ranbaxy's drugs were being made for Americans with bioequivalence data that didn't exist or was made up all together.

"The key question here is that, does the drug work as intended?" Thakur said. "And do you have the confidence that the drug works as it is intended to do?"

Miller said, "But the confidence would largely have to be based on the quality of the data."

And without that data, Thakur said, "You don't know."

Thakur reported his findings to the Food and Drug Administration in 2005. Their investigation found Ranbaxy had a "persistent" "pattern" of submitting "untrue statements." On at least 15 new generic drug applications, auditors found more than 1,600 data errors. This meant their drugs were "potentially unsafe and illegal to sell."

Vince Fabiano, a former vice president of Ranbaxy, said, "In essence, they used the fraud as a competitive advantage to build and grow the business here in the U.S."

In 2008, shortly after Ranbaxy came under new ownership, the FDA blocked 30 Ranbaxy drugs from coming into the United States from two Indian plants. But the company continued to sell drugs in the U.S. from other Indian facilities.

David Nelson, a former congressional investigator who led an investigation into Ranbaxy, said: "There was behavior...that was suggestive of regulators that, at best, didn't care and at worst, were complicit in the activities of this firm."

Ranbaxy's new owners say they've spent $300 million to upgrade their facilities. CBS News wanted a look inside Ranbaxy today. So CBS News traveled to India to visit the rural Toansa facility. Active pharmaceutical ingredients -- the key ingredient that makes a drug work -- are made there. Despite the manicured grounds and catchy safety slogans, the facility has run into serious problems with the FDA.

In 2012, Ranbaxy issued a recall after finding glass particles in raw ingredients for generic Lipitor. Later that year at another Ranbaxy plant, FDA inspectors found faulty cleaning records and a failure to investigate problems.

Ranbaxy declined CBS News' request for an interview, but in a statement said: "Ranbaxy is committed to providing high quality affordable drugs to patients in the U.S." and "will take all measures to keep our facilities in full compliance to all regulations..."

As for Thakur, his findings led Ranbaxy to plead guilty to seven felonies. For exposing the company, he was awarded $49 million in a U.S. court.

Miller asked, "Somewhere in some company -- there could well be someone who is seeing the same things that you saw; What would you say to them? What should they do?:

Despite these ongoing manufacturing failures, Ranbaxy sold nearly $1 billion worth of drugs to Americans last year, but just two weeks after CBS News visited the Ranbaxy Indian facilities, the FDA blocked a third Ranbaxy plant in India from selling drugs to the U.S., Miller said on "CBS This Morning."

He added, "Following the most recent FDA action, the company's finished drugs are now all made in the U.S. but the company still makes the key ingredients for U.S. drugs like Astra Zeneca's Nexium in India. Astra Zeneca tells CBS News Ranbaxy is one of two suppliers and the company strictly controls the standards in the Ranbaxy plant. Nexium was the highest selling drug in the U.S. last year."

For more on this story, watch Miller's full "CBS This Morning" report above.