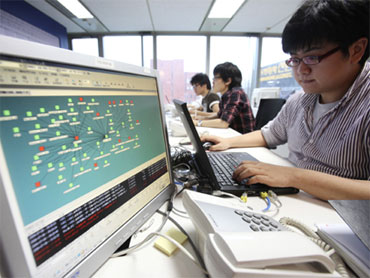 Devices that contain radioactive material have been distributed — and in many cases lost — around the world, a congressional report said Monday.

The report by the General Accounting Office said that nearly 10 million devices that contain radioactive material exist in the United States and the 49 countries responding to a survey.

Though there is limited information about the number of devices that have been lost, stolen or abandoned, it is estimated to be in the thousands worldwide, the GAO said.

The report was the GAO's second in a little over a month on radioactive devices. Its previous report focused on only the United States. Both reports were requested by Sen. Daniel Akaka, D-Hawaii.

The countries that responded to the survey said that a total of 612 devices had been reported lost or stolen since 1995 with almost a third of them never recovered.

Most of the devices lost, stolen or abandoned were located in Russia, the GAO said. Of particular concern were hundreds of electric generators spread across rural Russia, containing strontium-90.

While each of these contain only small amounts of the radioisotope, there could be enough for a so-called "dirty bomb" if a number of generators were stripped of the material, nuclear experts warn.

The Energy Department earlier this year said discussions have been underway for some time with Russian officials over securing the generators.

The International Atomic Energy Agency estimates that as many as 110 countries worldwide do not have adequate controls over radioactive devices that — if enough of them were obtained — could be used to build a conventional explosive device that could spread radioactive material.