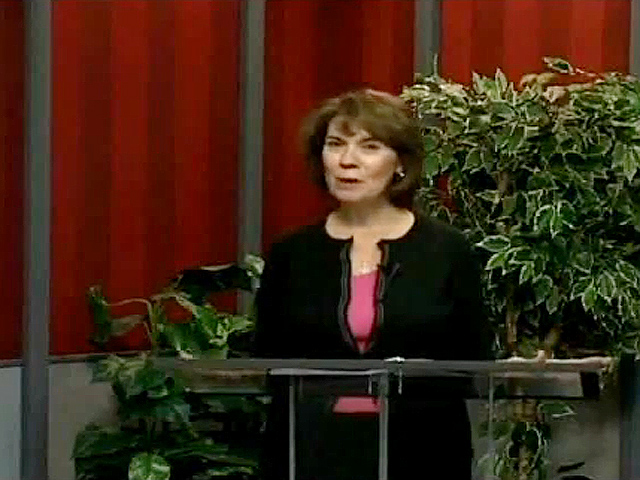 (CBS) Do gay doctors pose a threat to hospitalized kids? Linda Harvey apparently thinks so. On a recent broadcast, the conservative Christian radio host urged parents to "think long and hard" about whether kids should be cared for by hospital workers who "proclaim a homosexual lifestyle."

To make her point, Harvey offered isteners a scenario: "Let's say your 11-year-old has broken her leg rather badly and needs to be in the hospital a few days. Which would you prefer - a nurse who's proud of her lesbianism, who has rainbow identifiers on her work clothing, or a nurse who does not?"

Just who is Linda Harvey? She's a Columbus, Ohio-based former executive of Ohio State University Hospitals and the founder of a "Christian pro-family organization" called Mission:America, according to the organization's website.

On the Oct. 18 broadcast, Harvey acknowledged that gay health-care workers can be competent and might be the best bet in a medical emergency. But she urged parents to pick a pediatrician very carefully. In addition, she said parents should consider writing a letter to the pediatrician saying that if a child must be hospitalized, then he/she will not be treated by gay workers.

"For routine in-hospital care where contact with your child would be required," she continued, "your values should be respected."

But the values expressed in Harvey's comments didn't get a lot of respect from some medical experts.

"Sexual orientation, gender identity and other personal characteristics do not determine a healthcare provider's competence," Dr. Desi Bailey, president of the Gay & Lesbian Medical Association, told CBS News in an email. She cited a 2005 Gallup poll that found that 78% of Americans believe lesbians and gay men should be hired as doctors.

What does the medical establishment have to say?

"The American Medical Association has zero tolerance for discrimination in any form," the association's president, Dr. Peter W. Carmel, told CBS News in an email. "Respecting the diversity of patients and the physicians who care for them is a fundamental value of the medical profession."

What do you think? Should parents be able to keep gay hospital workers away from kids? Or is Harvey out of step?