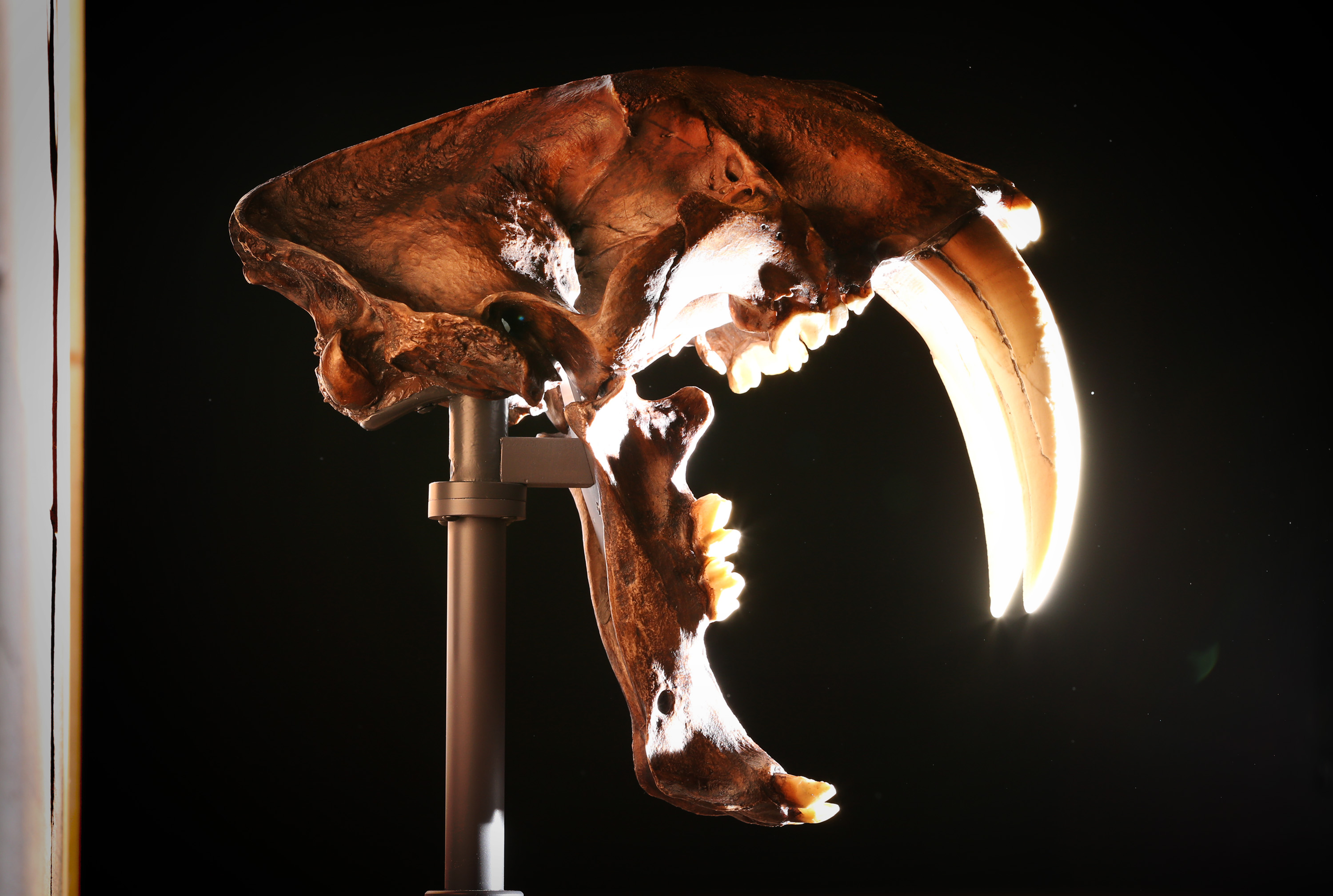 For the second time in a year, scientists have cast doubt on a controversial theory that a massive asteroid or comet was responsible for a deep freeze that enveloped much of North America nearly 13,000 years ago.

A new study in the Journal of Archeological Science concludes that rock soil droplets that purportedly came from an asteroid or comet in soil from Syria were not caused by cosmic impact, and were more likely the remnants of ancient house fires.

Scientists have long believed that the climate changed drastically around 12,900 years years ago, leading to what has been dubbed the Younger Dryas or the Big Freeze, a 1,300-year period that featured abrupt cooling and long periods of drought.

The period takes its name from the Dryas octopetala flower, which blooms in cold conditions and thrived in Northern Europe through the Big Freeze. The frozen conditions led to the extinction, at least in North America, of animals such as camels, saber-toothed cats, giant ground sloths and mastodons. It led early humans to abandon hunting in exchange for a nomadic lifestyle and a diet featuring more berries, roots and smaller animals.

Scientists agree that the abrupt change in climate was precipitated by a North American ice sheet that ruptured, sending loads of fresh melt water into the Atlantic Ocean. That interrupted ocean currents, thereby impacting weather patterns and cutting off the northern flow of tropical waters.

Since 2007, scores of scientists have been pushing a hypothesis that a comet or asteroid was behind it all.

Over the years, they have tried to bolster their case by publishing evidence of minerals found at several sites that they claim could only have come from outer space, as well as a more recent discovery that concentrations of platinum from a Greenland ice sheet increased by 100 times around 12,900 years ago.

But there are doubters.

Questions about the theory were first raised after scientists in May reported that only three of the 29 sites around the world where the impact is thought to have occurred date to prehistoric times. They either are much older or younger than the date of the impact or have not been dated at all.

Now, the authors of the Journal of Archeological Science study argue that their analysis of soil from Syria does not support the popular claim that a meteor landed there.

The international team analyzed siliceous scoria droplets -- glass-like particles that form during fires -- from four sites in Syria dating from 10,000 to 13,000 years. They found these soil droplets were local in nature; they did not seem to have originated from outer space, nor did they match samples at other sites where meteors are thought to have made impact.

The droplets also resulted, they deduced, from a short-lived heating event of moderate temperatures -- a series of house fires -- not the intense heat of meteor or comet. Furthermore, the samples spanned thousand of years, which is inconsistent with the impact theory.

"If there was one cosmic impact, they should be connected to one date and not a period of 3,000 years," said lead author Peter Thy, a project scientist in the University of California, Davis Department of Earth and Planetary Sciences.

"For the Syria side, the impact theory is out," he said, adding that the debate will likely continue at other sites also believed to have been hit by similar events. As far is he is concerned, "there is no way" these events will be proven out.

But supporters of the impact theory said the latest evidence of house fires does nothing to change their view that the Big Freeze was triggered by a cosmic event.

"We agree with them that glass could be formed a lot of different ways. We don't have a problem with that," said Allen West, a retired oil and gas executive who is one of the leading proponents of the theory.

"You can get them from grass fires but you also get melt glass from lightning, volcanic eruptions and you also get it from cosmic impacts. The trick is being able to tell them apart."

West said house fires don't explain why they found evidence of particles from the Syrian soil and in North America that contained rare minerals like suessite, which melts at 4,100 degrees, and corundum, which melts at 3,200 degrees.

"No building fire can create those temperatures, a fact that refutes their hypothesis that this glass was produced in low-temperature building fires," he said. "The sad thing is that these guys ignored all the high temperature evidence."

So it's clear the debate will go on.

West said he and several other supporters of the impact theory are readying papers that will provide further evidence of additional cosmic minerals at the sites, as well as more evidence shoring up the dates of the impact sites.

"The only time these melted minerals are seen in glass is when there was a cosmic impact or an atomic bomb blast," West said of the new findings. "We can pretty much rule out an atomic bomb in Syria at that time."

Thy acknowledged his work will not go far enough to debunk the cosmic impact theory. He insisted much of the evidence has been refuted but that there still remains questions including why nano-sized diamonds dating to 12,900 years have shown up in sites across the world.

"They never found the impact site. That is the main problem," Thy said.

"But there is still some evidence lingering. They are finding microdiamonds in many of these sites. Where are they coming from? Are they coming from an impact or general dust hitting the Earth?" he said. "That is still evidence that cannot be dismissed easily. But, whatever you do, you can't use the sites in Syria to support the Younger Dryas impact theory."