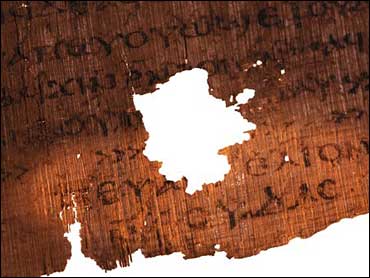 The appearance of the West Nile virus last summer in the New York area was a chilling reminder that infectious diseases can pop up without warning.

So CBS News Health Correspondent Dr. Emily Senay visited a lab where the study of disease in animals may someday help to protect human beings.

A short ferry ride through the fog off Long Island, N.Y., is the way to reach Plum Island, a place where the general public is not allowed. This is the site of the U.S. government's Animal Disease Research Center.

Deadly foreign viruses that threaten American animals are studied in airtight chambers in an attempt to develop methods to prevent disease. Security and precautions are strict to prevent the escape of the viruses.

"We work with diseases that, yes, if an animal is infected and a human being comes in contact with the animal, they could potentially be infected," says the acting director, Dr. Lee Ann Thomas.

Animals can also be carriers for viruses. The West Nile virus that caused the encephalitis outbreak in New York last summer is spread by mosquitoes that bite infected birds. Lab staff are currently studying the role of horses in transmitting the virus.

"We don't know a whole lot about that particular virus," says Dr. Thomas. "What we hope to find as a result of these studies is: Can the horse be a source of infection for humans via a mosquito?"

The center recently applied for a safety upgrade to level four, the highest level, so it would be able to study the newest and deadliest disease threats.

An example is a new virus that appeared this year in Malaysia. It jumped from pigs to people and caused a disease outbreak in Malaysia, where more than 100 people died and a million pigs were slaughtered before the country got it under control.

And in a world where a virus can travel rapidly around the globe via airplanes, the ability to quickly assess, diagnose and control an outbreak may make Plum Island an important defense.

Before the CBS News crew members were allowed to leave, they had to shower, blow their noses, spit and clean under their nails to make sure they didn't bring any viruses out with them.