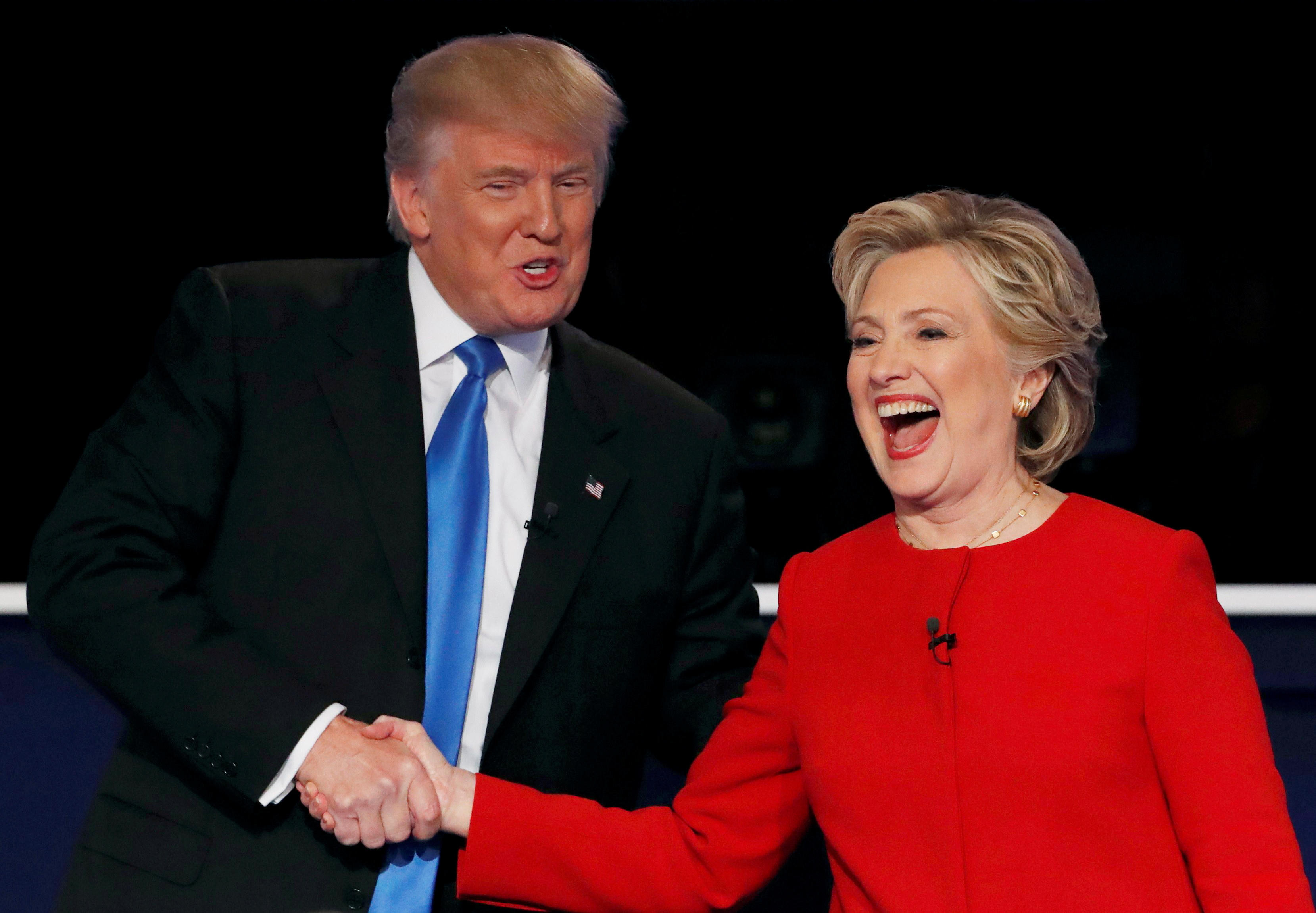 Like so many other moments in this unpredictable 2016 campaign, the first presidential debate defied conventional patterns, reports CBS News correspondent Major Garrett. The second half was more revealing than the first, and specifics mattered as much as style. Those in Trump’s inner circle worried afterward that Clinton scored more points than they anticipated. Trump will have to bounce back to keep the race close.

Despite opening pleasantries, Trump and Clinton wasted little time clashing over who is an agent of change and who is physically fit to serve as president.

“As soon as he travels to 112 countries and negotiates a peace deal, a cease-fire, a release of dissidents, and opening of new opportunities in nations around the world, or even spends 11 hours testifying in front of a Congressional committee -- he can talk to me about stamina,” Clinton responded to cheers.

Asked why he won’t release his tax returns, Trump deflected by raising the scandal that’s dogged Clinton for months.

Clinton suggested Trump was hiding something and said he may have paid no federal income tax at all.

“That makes me smart,” Trump said.

“So if he’s paid zero, that means zero for troops, zero for vets, zero for schools or health,” Clinton said.

Pressed on his five-year crusade to prove President Obama was born outside the U.S., Trump struggled to explain his recent change of heart.

“I think I did a great job and a great service not only for the country, but even for the president, in getting him to produce his birth certificate,” Trump said.

“He tried to put the whole racist birther lie to bed. But it can’t be dismissed that easily,” Clinton said.

Unprompted, Trump also addressed one of his persistent weaknesses.

Clinton hit Trump’s past dealing with racial discrimination and coarse statements about women, saying, “This is a man who has called women pigs, slobs and dogs.”

Trump said those barbs were aimed at one woman in particular.

“Somebody who’s been very vicious to me, Rosie O’Donnell, I said very tough things to her, and I think everybody would agree that she deserves it and nobody feels sorry for her,” Trump said.

After the debate, Trump told CBS News’ Major Garrett he thought he won and guaranteed his participation in the final two debates. He also asked Trump why he called President Obama “your” president. Trump said he meant no disrespect and considers Mr. Obama everyone’s commander-in-chief.