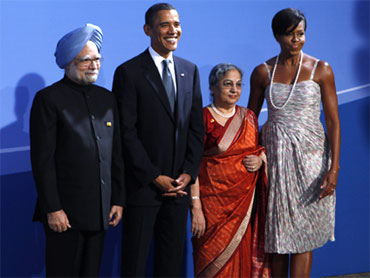 A recent court order for Charmaine Heidik (C.C.'s legal name) to remain at least 100 feet from her husband, "Survivor: Thailand" winner Brian Heidik, has been lifted. It was a good thing since she attended Thursday night's "Survivor" finale.

The "Survivor: Thailand" winner's wife, C.C. Heidik, was spared a year-long jail sentence when the judge handling her spousal abuse case settled instead on some family counseling and community service.

At the same time, the judge lifted a restraining order, keeping her at least 100 feet away from Brian Heidik. That's why she was at the California studio when Brian was named the $1 million "Survivor" winner. So how are things on the home front?

In an interview Friday morning on The Early Show, Brian spoke about the charges.

"Well, you know, like in relationships, like in life, you run into a few roadblocks or hit a few speed bumps. You just got to deal with them and try to move forward. She was looking wonderful last night. Looking wonderful," he said.

The assault charge was the result of a November 911 call Brian Heidik made to police in which he described being struck in the nose by C.C. while he was asleep on a couch in the couple's home. She was arrested at the couple's suburban Los Angeles home in Quartz Hill and spent two days in jail.

Brian Heidik told police after the attack that his wife had assaulted him in the past and that he plans to file for divorce. At a hearing on Monday, he was a no-show, reported CBS News Correspondent Vince Gonzales.

"The people are having a little trouble finding the victim in this case, Brian Heidik," said defense attorney Fredric Gagliardini.

This was not the first controversy involving Brian Heidik. In August, before "Survivor" hit the airwaves, it was revealed that Heidik and his wife had appeared together in soft-core pornography films.

CBS said they knew about Heidik's past including his roles in movies such as "Passion Cove" and "The Virgins of Sherwood Forest."

Brian says his acting career is all about perception.

"I mean Michael Douglas, Bruce Willis does $100 million budgets and they show their butt. I showed my butt for $100,000. And that's considered something other than art.

"I considered it art. It's all a matter of how you look at things. And sure they [CBS] knew. Sure they knew. But showing your butt, I don't think it's that big of a deal," he said.

His wife C.C., who also had roles in several soft-porn adult films, appeared twice on the "Survivor: Thailand" series.

"At that point I had a choice of either taking them in, having a cold drink and joining our family or leaving them out in the cold. It could have worked against me where they could have thought this selfish guy, he didn't even invite us in, this Brian guy, we got to get rid of him, which I didn't want that to happen. That's why I invited everybody in, welcomed them to a nice cold drink and let them enjoy my family. Heck, if someone's going to judge you on what you have, your possessions, that just goes to show you how shallow they really are," said Brian.

C.C's second appearance came when family members were given the chance to spend time with their loved ones as long as they ate bugs. C.C. only made it to the first round.