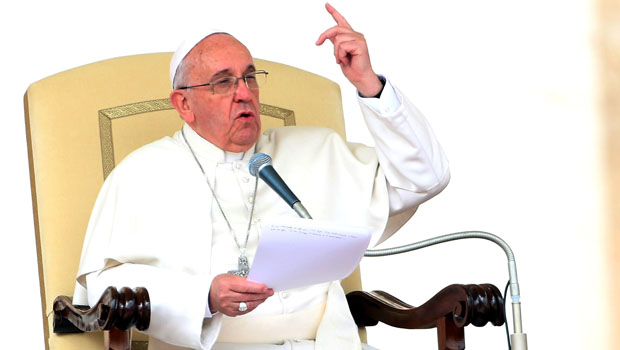 A year after becoming Pope, 68 percent of Catholics have a favorable opinion of Pope Francis, while a mere 1 percent view him unfavorably. His popularity is widespread among Catholics: similar majorities of both men (68 percent) and women (67 percent) and older and younger Catholics view him favorably. The pope is also viewed positively among Americans overall (46 percent), although many don't know enough about him to offer an opinion.

When compared to previous pontiffs early on in their papacies, Pope Francis' favorable rating among Catholics is higher than those of his immediate predecessor, Pope Benedict XVI (40 percent) as well as Pope John Paul II (59 percent). However, over Pope John Paul's long tenure, his favorability rose and reached 92 percent upon his death.

These views are in stark contrast to those of Pope Benedict, who stepped down last year. In February 2013, 52 percent of Catholics viewed his leadership as mixed; only 26 percent said he helped the church. Also, more Catholics say Pope Francis has helped the church than said that about Pope John Paul a decade ago.

Catholics and Their Church

Catholics appear to be feeling more of a connection to their church than in the recent past. For the first time in CBS News polling, more Catholics now say that the Catholic Church is in touch with the needs of Catholics (48 percent) than say it is out of touch (43 percent). Last year, before Pope Francis assumed the papacy, a majority of Catholics said the church was out of touch. Catholics were more divided in their views back in 1995.

There are some differences within the Catholic community. Most who attend religious services weekly or nearly every week (58 percent) think the Church is in touch with the needs of Catholics, but Catholics who go to church less often are more divided: 47 percent say the Catholic Church is out of touch, while 42 percent think it is in touch.

Similarly, Americans overall give the pope mostly positive marks on these issues, except for the reports of sexual abuse. Just a third says he is doing an excellent or good job addressing that.

Amid the meeting between President Barack Obama and the Pope at the Vatican, Americans were asked which of the two leaders they would most like to meet, 49 percent pick President Obama, and 43 percent choose Pope Francis. By a nearly two to one margin, Catholics pick Pope Francis.

Pope John Paul II, who led the Catholic Church from 1978 to 2005, is expected to be declared a saint by the church next month. American Catholics overwhelming support that decision - 77 percent approve of it.

This poll was conducted by telephone March 20-23, 2014 among a total of 1,097 adults nationwide. Data collection was conducted on behalf of CBS News by Social Science Research Solutions of Media, Pa. Phone numbers were dialed from samples of both standard land-line and cell phones. The error due to sampling for results based on the entire sample could be plus or minus three percentage points.

The margin of error for Catholics is 8 points. The error for subgroups may be higher. Interviews were conducted in English and Spanish. This poll release conforms to the Standards of Disclosure of the National Council on Public Polls.