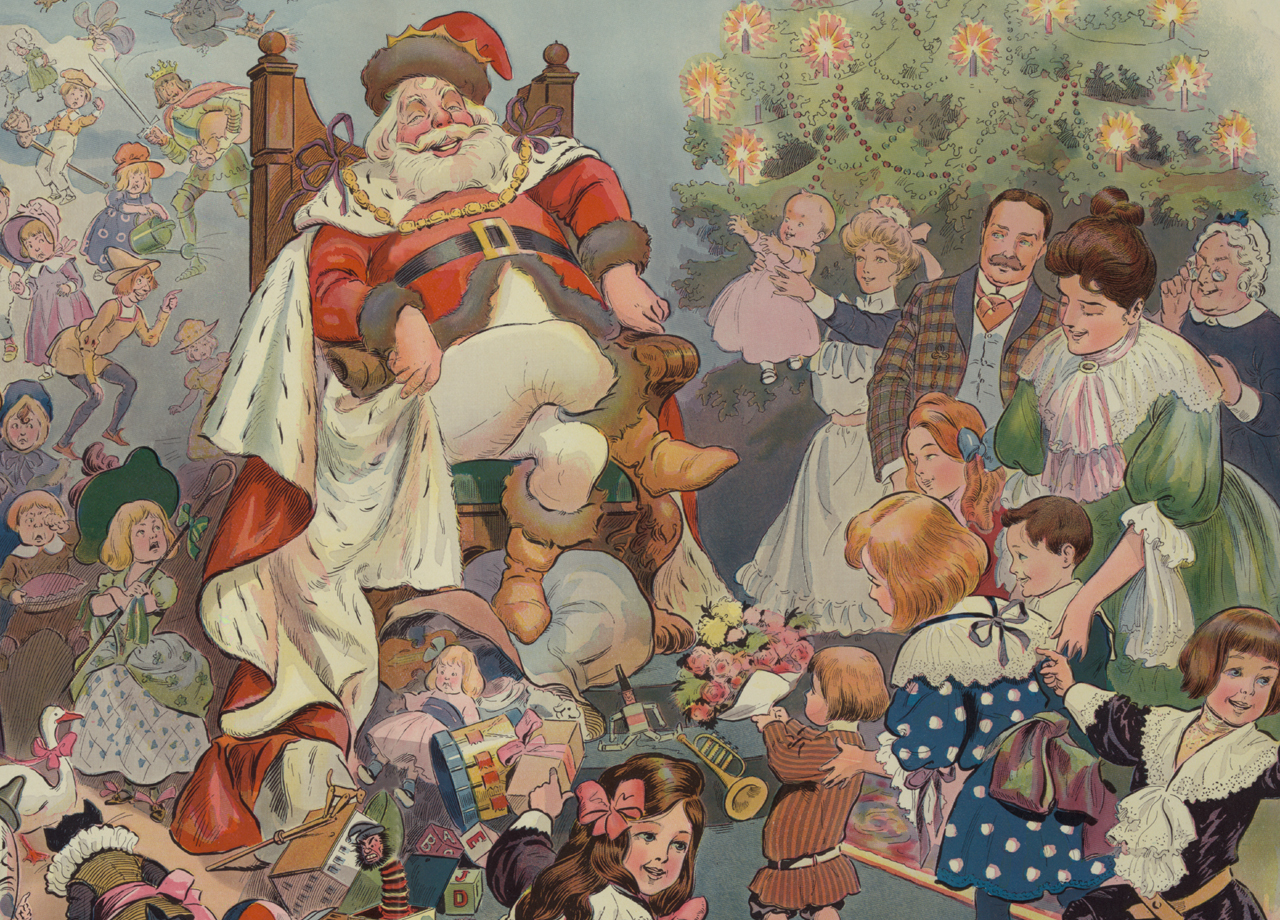 WASHINGTON — Why do kids believe a chubby guy in a flying sleigh can deliver joy across America? Because their parents do. A whopping 84 percent of grown-ups were once children who trusted in Santa's magic, and lots cling to it still.

Things are changing fast these days, with toddlers wishing for iPads, grade schoolers emailing their Christmas lists and moms wrestling over bargain toys at midnight sales. Despite all the pressures on the rituals of the season, an AP-GfK poll confirms that families are sticking by old St. Nick.

"It's important for kids to have something to believe in," says great-grandmother Wanda Smith of Norman, Okla.

And so they do. Year after year, Santa Claus survives the scoffers and the Scrooges and the 6-year-old playground skeptics. He endures belittling commercials that portray him shopping at Target or taking directions from an iPhone. He shrugs off scolds who say his bagful of toys overshadows the reason for the season.

Two-thirds of parents with kids under 18 say Santa's an important part of their celebrations this year. Moms, especially, have a soft spot for the man in red — 71 percent of them say he's important, and that's a big jump from 58 percent just five years ago.

His overall popularity is up slightly from an AP-AOL poll in 2006, before the recession hit. In these bleaker times of homes lost to foreclosure and parents sweating out their next paychecks, the poll shows Santa riding high with families both wealthy and poor.

Maybe that's because the big guy's always known how to stretch a dollar to make a kid smile.

Smith, whose childhood gifts were mostly handmade by her mother — things like cookies and knit scarves — remembers that every year Santa Claus managed to put one present under the tree for her to share with her two brothers (four more siblings came later).

"One year it was a bicycle, one year we had a sled. One year we got a puppy — his name was Jack and he was a border collie," recalls Smith, now 70.

"We didn't have a lot," she said, "but we didn't know it. Our mother and daddy made it a wonderful time for us."

In multicultural America, Father Christmas isn't just for Christians any more. Three-fourths of non-Christian adults say they believed in Santa when they were children. And half feel he's important to their holiday celebrations now.

Developmental psychologist Cyndy Scheibe, who's been interviewing kids about Santa since 1986, said lots of Jewish children told her that Santa Claus was real, even though he didn't stop at their houses on Christmas Eve.

And many non-Christian parents embrace Santa because they see Christmas serving as a secular as well as religious holiday in the U.S., she said.

"Santa Claus is more than someone who just comes and gives you a present, it's this whole spirit of giving and magic that you get to be a part of and celebrate," said Scheibe, an associate professor at Ithaca College in New York.

That's what keeps Santa going over the decades and across cultures, she said. "That, and there's almost nothing as much fun as getting to see your kid's face so completely excited."

Scheibe knows firsthand. She used to climb a ladder to the roof every Christmas, her daughter watching, to leave a key tied to a big red bow, because they didn't have a fireplace.

It's not all snowflakes and mistletoe in Santaland, however. Even among Christians, there's tension about how big a role, if any, a jolly old elf deserves in the celebration of Christ's birth.

Almost half of Americans polled said Santa detracts from the religious significance of Christmas more than he enhances it.

When she was growing up, Naomi Stenberg's fundamentalist Baptist parents didn't want her mixed up with Santa Claus or the Easter Bunny or Halloween trick-or-treating.

"I didn't understand why everybody else got to believe in Santa, and me and my brother didn't," says Stenberg, 32, now a stay-at-home mom in Baxter, Minn. "I felt left out."

Her own three children have gotten the full Kris Kringle experience, but sometimes she feels ill-equipped to handle the tough queries from her youngest, 6-year-old Rylen.

"She's been asking questions like how does Santa fit through the chimney," she said. "I don't know how to answer things like that."

Matt Hoyt vividly remembers seeing Santa's black boots peeking out from behind his bedroom curtains when he was a boy. He froze. "I was just trying to pretend to be asleep," Hoyt said, "so I'd get my presents."

Only much later did he realize those were probably the black shoes of his dad, hanging his new "Star Wars" drapes. Now Hoyt, a 35-year-old computer engineer from Houston, is awaiting the birth of his first child in April, and wondering how long that child will believe.

In the poll, the median age when adults said they outgrew Santa was 8. Hoyt suspects his child's generation will turn away even earlier. After all, "They've got Google at their fingertips."

But Santa needn't worry. They'll come back someday ... when they're parents.

The Associated Press-GfK Poll was conducted Dec. 8-12 by GfK Roper Public Affairs and Corporate Communications. It involved landline and cellphone interviews with 1,000 adults nationwide and has a margin of sampling error of plus or minus 4 percentage points.