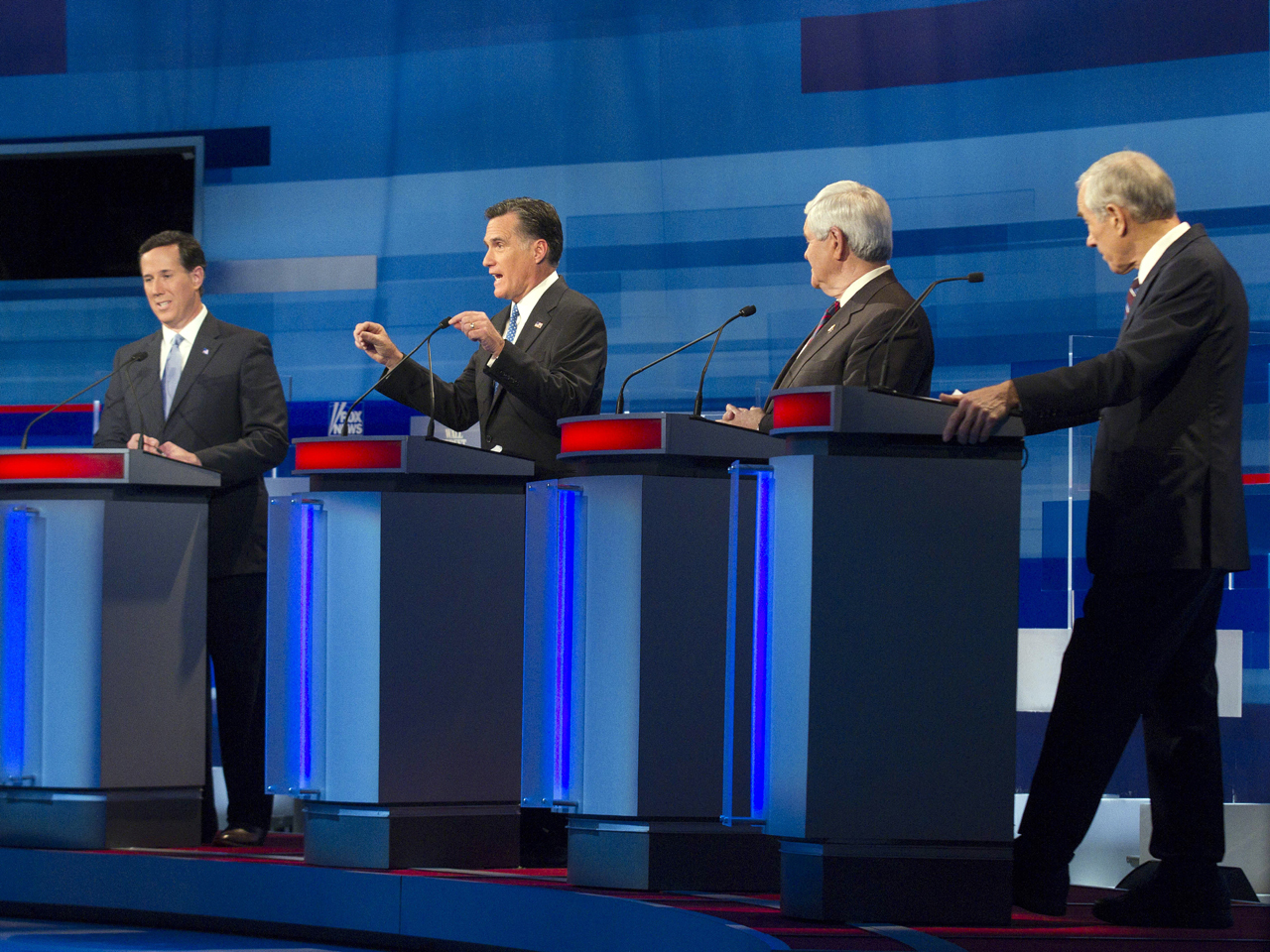 As the fireworks exploded over Myrtle Beach, South Carolina on Monday night, Fox News pundit Sean Hannity was trying to hear pollster Frank Luntz break down the GOP presidential debate that had just occurred. "It sounds like Fort Sumter out there," Luntz said.

Luntz's remark had more truth to it than he realized. Earlier in the evening, Texas governor Rick Perry said that the state of South Carolina was "at war against the federal government" over voter ID law and the free practice of religion. The South Carolina crowd loved it. When the camera panned to South Carolina governor Nikki Haley seated in the audience she was cheering. Perry's remark would have received the same level of applause if it had been uttered in 1861, the year that South Carolinians fired on Fort Sumter.

The bombing of Ft. Sumter began a Civil War in which hundreds of thousands of people were killed. It was a total war. Those who waged it showed very little regard for human life. Both the North and the South were to blame.

I would like to think that our commitment to the dignity of human life has deepened since the 1860s, but after watching Monday night's debate I am not so sure.

Nearly all the candidates on the stage in Myrtle Beach have claimed to be people of faith. Rick Perry is an evangelical Christian. Rick Santorum and Newt Gingrich are Catholics. Mitt Romney is a Mormon. Ron Paul does not wear his faith on his sleeve, but he is a Baptist. All of these faith traditions believe that human beings are created in the image of God and thus have inherent dignity and worth.

During the debate, both Gingrich and Romney lauded their "pro-life" record. But anyone who listened carefully would have smelled hypocrisy.

When asked about whether he would have pursued and killed Osama Bin Laden, Ron Paul said that he would, but he did not see how this issue was relevant to the 2012 presidential election. Paul decried American war-mongering and said that if he were president he would do his best to keep the United States out of foreign wars. He then said that U.S. foreign policy should be based on the "golden rule"--do unto others as you would have them do unto you." He was booed for even making such a suggestion.

Sensing an opportunity, Newt Gingrich called Paul's remarks "utterly irrational." He then invoked former U.S. president Andrew Jackson, a South Carolina native: "Jackson had a pretty clear-cut idea about America's enemies: Kill them." The crowd went wild. As Fox News cameras flashed to the audience, television viewers could see South Carolina Republicans rise to their feet, fists-pumping, cheering on the Catholic presidential candidate with a supposedly impeccable "pro-life" record who just used the killing of another human being and a reference to one of the most ruthless military leaders in American history to score political points.

Not to be outdone by Gingrich's utter disrespect for human life, Mitt Romney, seeing the kind of support Gingrich's remark received from the bloodthirsty crowd, said, in regard to the Taliban and Al Queda, "these people declared war on us. They've killed Americans. We go anywhere they are, and we kill them." More applause: Kill 'em! Kill em!

I am not a pacifist. On rare occasions I believe war is appropriate in order to preserve peace and maintain justice. I believe that evil exists in the world and it must be confronted. I supported George W. Bush when he sent American troops to hunt down Osama. Yet the flippant way in which these GOP candidates disregarded human life on Monday night deeply disturbed me. I hope it might disturb any Christian. Life is sacred because it comes from God. These candidates should think twice before disrespecting God's highest form of creation in order to get applause lines and votes. Shame on them!

Bio: John Fea is the chair of the history department at Messiah College in Grantham, PA and the author of Was America Founded as a Christian Nation?: A Historical Introduction (Westminster/John Knox Press, 2011). The opinions expressed in this commentary are solely those of the author.