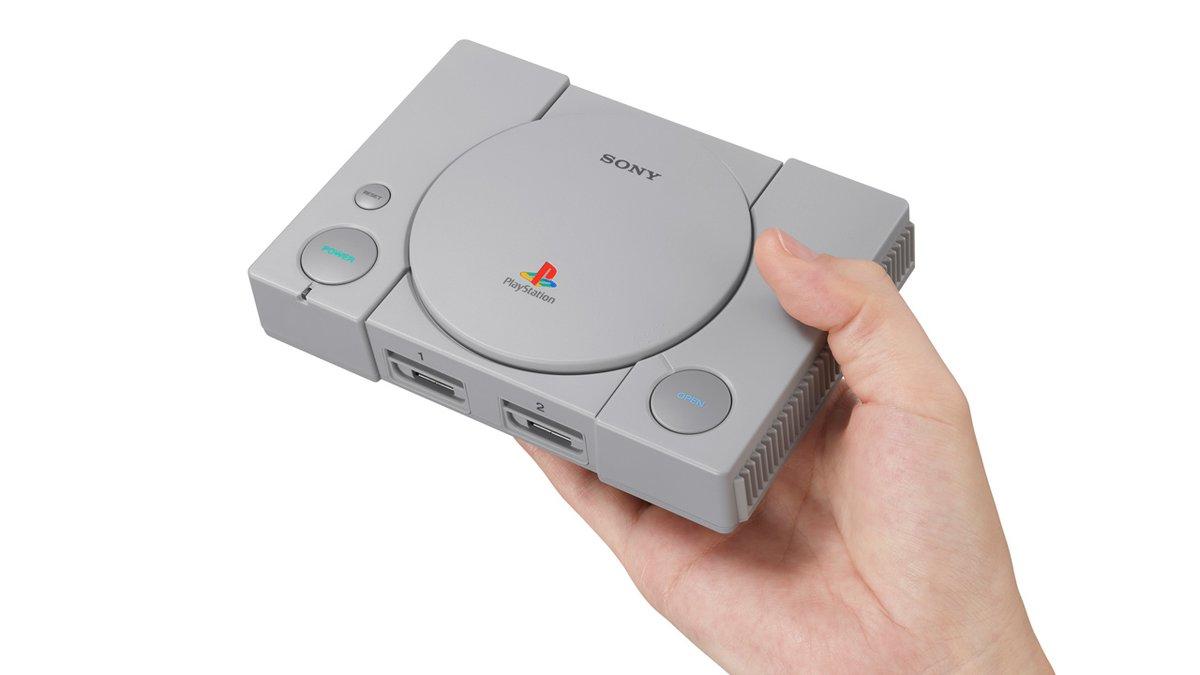 Nearly 25 years after releasing the original, Sony revealed it's bringing back its PlayStation One console –– and fans are ecstatic. The new Playstation Classic will be much smaller and come preloaded with 20 classic titles, the company said online Wednesday.

"The mini console is approximately 45 percent smaller than the original PlayStation, and it emulates the original's look and feel by featuring similar controllers and packaging," Lempel wrote. "All of the pre-loaded games will be playable in their original format."

Among the games will be Final Fantasy VII, Tekken 3, Jumping Flash, Ridge Racer Type 4, Wild Arms and 15 other classic titles.

The PlayStation Classic will be available starting Dec. 3 for $99.99. However, the mini console is already available for pre-order at select retailers.

Sony joins Nintendo in the market for nostalgic gamers after their wildly successful sales with NES Classic Edition, a miniature version of the old console.

After news broke, Twitter users exploded in excitement –– with a dose of indifference –– over the PlayStation Classic.

"This PlayStation Classic announcement is super out of left field. The few games that have already been announced make me pretty excited, though... I might actually have to pick this one up," user @PHRHD wrote.

"Who's excited for the playstation classic? I cant wait to play the full version game of jumping jack flash. I only had the demo disc as a kid. I hope road rash is on it too," another person wrote.

"PlayStation Classic sounds neat but I'm not sure if I'm going to pick one up. Probably be more of an issue to hack it. Plus only 20 games, with 15 that haven't been revealed. I'm not yet convinced that it's worth $100," this Twitter user commented.